Mystery tour a source of education

Written by SandpaperMarketingAdmin on September 24, 2015. Posted in columns, lifestyle. 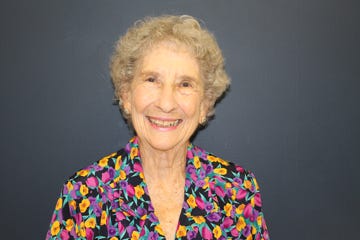 A mystery trip with a tour company is called a mystery for a reason.  Some would not sign up to go if the destination were known.  Going on several with a small tour group, I have been delighted by, at least, parts of the trip, educated by others, and amazed by some.

One such trip included a tour of Oak Ridge, TN.  Having first heard of Oak Ridge during WW II, it was an enigma, not much real information was forthcoming during those dark days, and for good reason.

Oak Ridge was built under a cloak of great secrecy during World War II. A city and three manufacturing plants of unprecedented scope were constructed to develop a technology that ended the war.

Created in 1942 , Oak Ridge was a major site of the “Manhattan Project,” a massive wartime effort that produced the world’s first atomic weapons.

According to the AmericanMuseum of Science & Energy in Oak Ridge, the 59,000-acre tract supported 3,000 people in about 1,000 homes and communities of Scarboro, Wheat, and Robertsville. About 10 miles long and two miles wide, located in a valley known as Black Oak Ridge, Oak Ridge reached a  peak wartime population of about 75,000, and, at one time, became the fifth largest city in Tennessee. Many of the original homes are still used today.

The three plants, providing work for the people who were carefully screened, developed and produced components for the atomic weapons that were ultimately used that effectively ended WW II. (That is a story unto itself.)

The Manhattan District was transferred to the Atomic Energy Commission  in 1947. Then Oak Ridge was opened to the public in 1949. Several years later, the AEC sold the government-owned houses and land to city residents.

Additional homes and churches have been built; the city has been incorporated and populated with about 28,000 residents, some original or their descendents,  with all modern facilities of any American city.

Although I may not have elected to go to Oak Ridge had it not been a “mystery,” I was  interested in the facility and glad to be educated about this place that, previously, had been an enigma to me.