Written by SandpaperMarketingAdmin on November 23, 2015. Posted in columns, lifestyle. 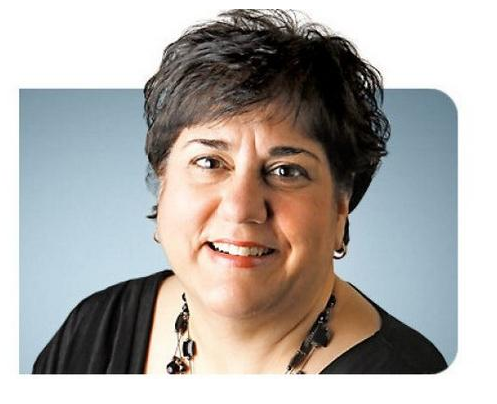 When you answer a Thanksgiving Day turkey hotline, you’ve pretty much heard it all — and Marge Klindera has the stories to prove it.

She recently recounted a call from a mother who discovered that her young son had added a little something to the stuffing: a toy Matchbox car.

Yes, Klindera said, the turkey was still safe to eat — but perhaps not the surrounding stuffing.

Klindera, in her 70s, also remembered a man calling to report that his turkey was too big for his roasting pan, so he had wrapped the bird in a towel and stamped on it until he had broken enough of its bones to make it fit.

“He solved his own problem,” she said, “but he just had to call to tell us about it. It was OK, I suppose.”

For almost 33 years, Klindera has been one of the friendly voices on the other end of the Butterball Turkey Talk-Line, helping to calm the nerves of Thanksgiving cooks nationwide.

Klindera joined the call center in Naperville, Ill., in 1983, two years after it opened with six women answering phones.

The talk-line team has since grown to 55 operators, including three men. They work part time, mostly during November and December, when turkey roasting peaks; they also field queries for the Canadian Thanksgiving in October.

The team answers about 10,000 calls on Thanksgiving Day — on top of the thousands fielded in the days preceding the holiday.

Just when operators think they’ve heard every anecdote, Klindera said, they take a call such as the one from a woman who had stored her turkey in a snowbank, then discovered — after a fresh snowfall — that she couldn’t find it.

“We don’t recommend that — at all,” Klindera said.

Most calls, she said, are more heartwarming than silly: widowers trying to make a turkey for the first time, for example, or newlyweds hosting a first holiday.

“One year, a lady who was well up into her 70s was cooking her first turkey. She said her mother had always been there to do it and this was the first year Mom was gone.”

The most common question, Klindera said, involves thawing: “People don’t realize how long it really takes to thaw a turkey.”

The rule of thumb is 24 hours for every 4 pounds of turkey.

She recommends that the thawing begin on Thursday: Even the largest frozen turkey will thaw by Thanksgiving, and smaller ones will keep in the refrigerator until then. (But always cook a turkey within four days of its being completely thawed.)

A turkey thaws quickly in cold water (30 minutes a pound), but the water must be changed every 30 minutes to keep it cold — which can make for a long day, Klindera noted.

Other advice from the former home-economics teacher:

• If the turkey doesn’t fit in the oven, cut it up like a chicken and roast the pieces.

In fact, spatchcocking a turkey — removing its backbone and roasting it flat — has become popular because the bird roasts more quickly, Klindera said.

Oversize turkeys, she added, can be roasted outdoors on a gas grill.

• Don’t panic if you forget to remove the bag with the neck and giblets; it’s food-safe.

• Despite frequent warnings against it, don’t fear stuffing a turkey.

“I do stuff mine,” she said. “There’s nothing better than that stuffing that’s been inside the turkey and getting all those turkey juices in it.”

Klindera did, however, caution: Don’t stuff the bird until just before it goes into the oven. Stuffing that has been refrigerated inside the turkey overnight will be cold and might take too long to reach the proper temperature, resulting in an overdone bird before the stuffing is safe.

(Ensure that the stuffing reaches 165 degrees on a meat thermometer before eating.)

• For the most tender turkey, roast it until the breast meat reaches 170 degrees and the thigh 180.

Talk-line operators will answer questions from 7 a.m. to 7 p.m. on Thanksgiving while feasting on soup.

Turkey dinners proved too difficult to eat while answering phones, Klindera said, and the warm soup is soothing to throats that withstand a lot of talking.

“Plus, most people (operators) are going home to a Thanksgiving meal.”

Lisa Abraham writes about food for The Columbus (Ohio) Dispatch. Email her at labraham@dispatch.com or follow her on Twitter at @DispatchKitchen.