Written by SandpaperMarketingAdmin on December 3, 2014. Posted in entertainment, local. 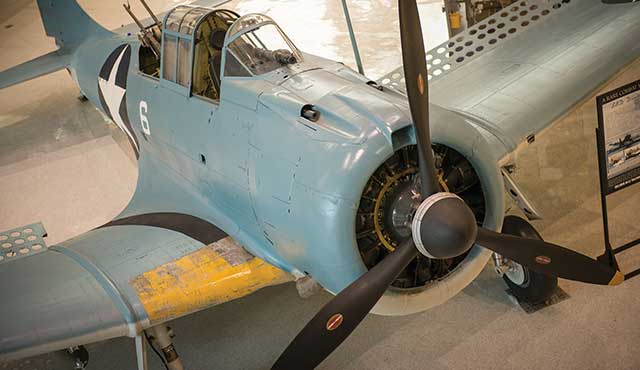 The National Naval Aviation Museum invites the public to join them in honoring the World War II generation at 10 a.m. on Friday, December 5, in the Blue Angels Atrium. The featured speaker will be the Museum’s historian, Hill Goodspeed, and Tate High School band and chorus will perform patriotic music during the event.  Master of Ceremonies will be local radio host and history buff, Brent Lane. Admission to the Museum and the WWII Remembrance is free and open to the public.

During the WWII Remembrance, photos of the WWII generation at home and abroad will be displayed on video screens in the Blue Angels Atrium.  The Museum would like to request the public send scanned digital photos to dwatson@navalaviationmuseum.org to be incorporated into this slide show. Photo images should be in jpeg file format and no more than 2 MB in size and should not be violent or graphic in nature.  Deadline to submit an image is Wed., November 26.