Written by SandpaperMarketingAdmin on June 26, 2014. Posted in entertainment, local. 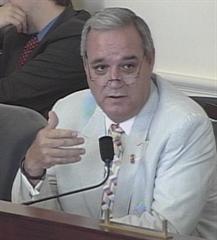 There has been much reported on the escalating situation in Iraq, as Sunni militants from the Al Qaeda-inspired group, Islamic Iraq and Levant (ISIL)—also referred to as the Islamic State of Iraq and al-Sham (ISIS)—have taken over Mosul in the north and areas around Fallujah just outside of Baghdad. Last Thursday, the President announced that he is sending 300 Special Forces personnel in an advisory role to assist the Iraqi security forces in combating the ISIS threat. These forces will also provide critical intelligence to assess ISIS locations, numbers and weaponry.

While I agree with the President’s pledge to discuss with Congress proposals for the funding of additional assets to Iraq from his new counter terrorism fund, we have yet to see any come across our desks. I urge the President to fulfill this promise sooner rather than later so we can come to a comprehensive solution, which will effectively and rapidly address the ISIS threat, and secure the gains made by so many brave men and women who have fought for freedom in that country and around the world.

Last Friday, I chaired a hearing to examine VA’s dysfunctional bonus system, how VA awards bonuses, and whether the criteria used to determine them, rewards executives for bad behavior or creates incentives to lie and falsify information, thereby putting veterans at risk. When it comes to recent VA preventable deaths, patient safety issues and backlog increases at VA offices around the country, VA executives who presided over negligence, mismanagement and corruption are more likely to have received a bonus or glowing performance review than any sort of punishment.

Despite the fact that multiple VA Inspector General reports have linked many of VA’s problems to widespread mismanagement and GAO findings that VA bonus pay has no clear link to performance, the Department has consistently defended its celebration of executives who presided over major issues, while giving them glowing performance reviews and cash bonuses of up to $63,000. One top VA health official even received a $21,000 bonus after the IG found she had repeatedly lied in order to inflate her resume.

I also chaired a hearing earlier in the week to examine the delivery of health care to veterans through non-VA providers. One of the most underreported aspects of VA’s delays in care crisis is that the Department has had the authority to send veterans to private health care providers for years. VA confirmed as much in testimony before the House Committee on Veterans’ Affairs April 9, 2014. Despite having existing authority to offer private-sector care to veterans if the Department cannot deliver that care in-house, the recent deaths of at least 23 veterans have been linked to delayed VA care and at least 35 Phoenix-area veterans have died while awaiting VA care.  By placing a greater focus on VA’s ability to utilize non-VA providers, VA can increase timely access to health care and eliminate the long waits for appointments that have had lethal effects on veterans.

Youngest Recipient of the Medal of Honor

Last Thursday, Marine Corporal William “Kyle” Carpenter became the latest, and youngest, recipient of our Nation’s highest military honor, the Congressional Medal of Honor. Lance Corporal Carpenter and Lance Corporal Nicholas Eufrazio were providing over watch on the rooftop of a makeshift operation center in Marjah, Helmand Province, Afghanistan on November 21, 2010, when their unit took small arms fire from Taliban forces. A live grenade landed next to both men and with complete disregard for his own personal safety, Lance Corporal Carpenter leaped onto the grenade to save the life of his brother-in-arms. His subsequent injuries were so extensive that the medical team of a nearby facility labeled him “Expired on Arrival.” In the following two and a half years, Corporal Carpenter would undergo more than 40 surgeries to fix a skull fracture, punctured lung, thirty fractures to his right arm, a fractured jaw, ruptured ear drums, and a subsequent loss of his right eye. Corporal Carpenter’s actions proved worthy of the Medal of Honor for conspicuous gallantry and intrepidity.

I do not believe Corporal Carpenter’s actions that day occurred in a vacuum; selflessness and heroism of that magnitude do not simply happen overnight. I am convinced the magnitude of the courage and sacrifice Corporal Carpenter displayed that day serve as a testament to the moral character he had developed every single day leading up to that fateful event.

I had the honor and pleasure to have had Kyle as a member of my team during his fellowship last year with the House Veterans' Affairs Committee. The true grit, determination, and never-give-up attitude he has demonstrated through his extensive rehabilitation these past few years serve us all as an example of the best this Nation, and humanity, has to offer. While the duration of his official military service was cut short, the example he left will motivate and inspire our entire Nation for generations to come. I wish Kyle the best in his future endeavors, and I pray we may all learn from his exceptional example.

Since the IRS targeting scandal first came to light last year, constituents from across Northwest Florida have contacted me asking Congress to work to get to the bottom of what happened and hold the responsible parties accountable. In the immediate aftermath, President Obama promised the American people that his administration would “work hand-in-hand with Congress to get this thing fixed.” In the House, we have diligently pursued the investigation—reviewing nearly 500,000 pages of documents, conducting more than 30 transcribed interviews with former and current IRS employees, holding numerous committee hearings, and passing legislation to appoint a special counsel to investigate the matter—but, despite the President’s pledge to work with Congress, the Administration has been far from forthright.

The most recent example of the Administration’s almost laughably disingenuous attempts to “work hand-in-hand with Congress” in the investigation came with the recent revelation that the IRS has somehow lost thousands of emails from Lois Lerner, former Director of Exempt Organizations at the IRS, in addition to emails from six other employees involved in the scandal, including Nicole Flax, former Chief of Staff to Acting IRS Commissioner Steven Miller. According to the IRS, these emails were lost due to hard drive crashes and, rather than try to recover the data, the computers were “recycled.” With an agency as large as the IRS, and given its responsibility to collect trillions of dollars from hundreds of millions of Americans each year, you would expect the IRS to have record-keeping procedures to ensure that important information is backed up. But, apparently, prior to 2013, the IRS only backed up emails for six months before throwing them out.

Needless to say, these explanations from the IRS are wholly unsatisfactory and fly in the face of the President’s promise to work with Congress. There is no conceivable way that the IRS would ever accept such a laughable excuse from an American taxpayer if they were being audited, and Congress and the American people should not accept the IRS' excuses either. Even if the emails in question were in fact lost for good by the IRS, they should be preserved in other areas, especially if they were sent to White House officials who are required under the Presidential Records Act to preserve all presidential records. The American people deserve clear answers, and given these recent reports, and the Administration’s constant undermining of the investigation, there can be little argument that a special prosecutor is needed to get the American people their answers.