Written by SandpaperMarketingAdmin on November 17, 2015. Posted in entertainment. 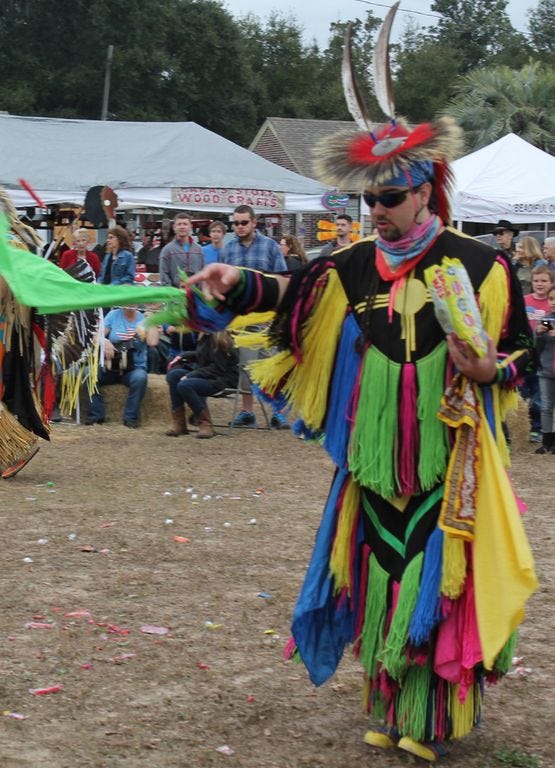 This weekend, the Santa Rosa Creek Indian Tribe celebrates its 25th Annual Pow Wow celebration  at Floridatown Park. Vice Chief Lloyd Hinote said the quarter century year is significant as it’s the last year the tribe will hold a pow wow at the location since the tribe’s land, purchased in 2004, will be ready to serve as the pow wow’s continued venue next year.

As published in October last year, the nonprofit organization, Pensacola Bay Area Impact 100, announced the Santa Rosa County Creek Indian Tribe, Inc as one of ten $102,500 winners of its 2014 grants. The grant went toward the infrastructure necessary to hold future pow wows on the tribe’s land.

This weekend’s celebration, as those in years past, will feature traditional Santa Rosa Creek Indian drumming, song, and dance by The Drums of the Descendents, head male and female dancers Bobby and Sandy DuBose, and the Muscogee Creek-Cherokee Dancers.

Where: for the last year, at Floridatown Park