Written by SandpaperMarketingAdmin on April 17, 2015. Posted in clubs, lifestyle. 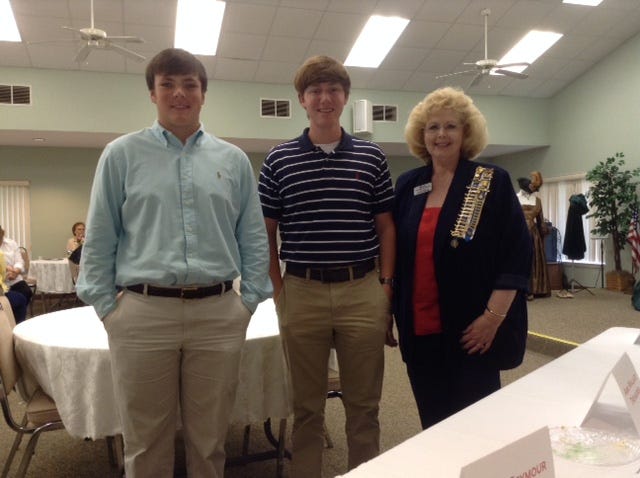 Three Rivers Chapter Daughters of the American Revolution held their April meeting April 11 at the United Methodist Church in Bagdad.

Gail Allred, chairman of Three Rivers presented the winners of the DAR Good Citizens Award. These students were selected by their prospective schools.

Taylor Ford was the essay winner and received a scholarship from Three Rivers Chapter, NSDAR.

The student selected as the school’s DAR Good Citizen must have the following qualities:

A wonderful program was presented by Roxie Platt on “Wedding Gowns of the Colonial Era.” She presented 10 hand-made beautiful gowns along with shawls, hats and umbrellas.

Our next meeting will be held on May 16, 2015.  If you are interested in membership into DAR, please contact Regent, Suzanne Terry   rterry3@bellsouth.net