Written by SandpaperMarketingAdmin on March 14, 2014. Posted in clubs, lifestyle. 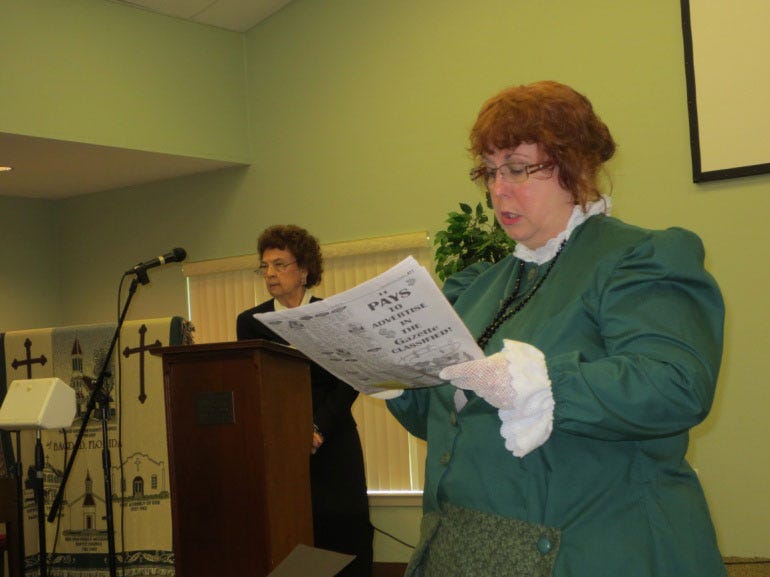 The Three Rivers Chapter, Daughters of the American Revolution, held their monthly meeting on March 8, at the Bagdad United Methodist Church Fellowship Hall. A beautiful, and delicious, array of refreshments were prepared and served by hostesses Gail Allred, Sue Webb and Theta Ashing.

An enactment of Mary S. Lockwood, known as the pen founder of the National Society Daughters of the American Revolution, was performed by Janice Malone with Regent Suzanne Terry narrating. After the Sons of the American Revolution voted to exclude women, eighteen women met on October 11, 1890 at the home of Mary S. Lockwood and formally organized the NSDAR.

After the enactment, the National Defense report was given by Sue Smith, the Flag Minute by Mary Riggs and the American Indian Minute by Wilma Scofield. Items were brought to the meeting for Fisher House, Wounded Military Men and Women and the USO.