'They wanted a voice'

Written by SandpaperMarketingAdmin on October 15, 2019. Posted in arts, entertainment. 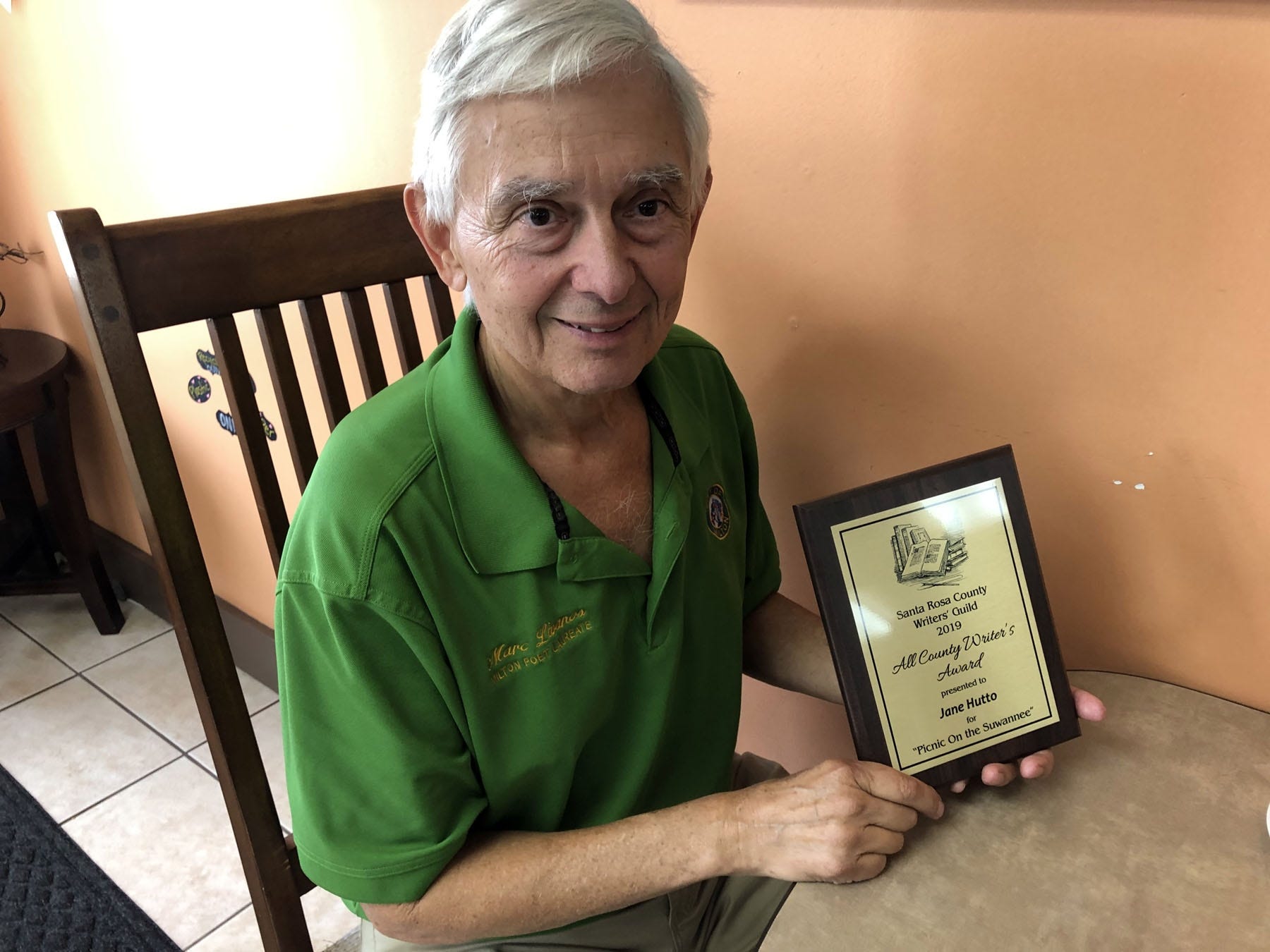 MILTON — Marc Livanos, Milton's poet laureate for life, has found his place and his peace in this world.

He discovered both by writing poetry.

Now he passes this gift to teenagers who attend his poetry workshop in Room 113 at Milton’s Community Center every Tuesday, rain or shine or holiday from 3:30 to 5:30 p.m.

One night, after sipping moonshine in his backyard he sat looking at a lawn decoration of Buddha.

"I realized my anger was emanating from me. I was the problem," Livanos said. "I started writing a journal to document my journey."

Livanos' son was being bullied at his middle school. When Livanos spoke to the school’s administrators, they told him that he did not raise his son right.

The family moved From Long Island to Milton in 2005 to be close to his wife's family in Pensacola.

Without formal training Livanos began writing about his anger in the form of poetry. By writing poetry, Livanos was able to express his anger without violence. If poetry could help him, it could help others, he said.

"(Teenagers) needed to learn how to express their feelings without violence," Livanos said.

He started the workshop for anyone aged 10 to 19. He invited any children within the age range regardless of the school they attended or their record at the school. Adults are not allowed except for Livanos.

In 2017, Livanos approached then Milton City Manager Bryan Watkins and pitched his idea.

"Watkins fully embraced the idea and gave me Room 113 at the Community Center," Livanos said.

Additionally the city gave Livanos a place on the official city website to publish the kid's poetry.

"The city set me up to succeed," he said.

"Kids need to be respected," he added. "I know these (kids and bullies); they are good people that don't know the way."

Livanos' first workshop was empty. He noticed a group of kids bouncing a basketball off a window so he invited them in and told the kids what he was doing.

"The kids wanted respect and they wanted a voice," Livanos said. "We gave them both when we published their poetry on the dity's website, MiltonFL.org/Blog."

Livanos, with the help of the Milton Writers Guild, decided to publish the Blackwater Literary Journal. Now these kids were seeing their poems in a book. The next edition of the journal is scheduled for release in December.

Livanos gives students prompts to write while in the workshop. In one workshop, a bully questioned another boy’s sexuality aloud to embarrass him. That became the prompt.

The workshops now average about 12 regulars.

Livanos said the kids will express themselves if you listen.

"I know each of their names," Livanos said. "I remember their birthdays or a favorite candy or drink they like. You can see their eyes light up."

Livanos questioned if this program was helping. The city's Retired Senior Volunteer Program Director Faye Henry surveyed the participants. The results were high in the positive range for all questions.

The response Livanos is most proud of is 85 percent said if not for this program, they would have no interest in going to college.

“Keep up the great work with these kids,” Henry recently told Livanos.

"Poets look in the mirror and have the guts to say and write what they see," Livanos said. 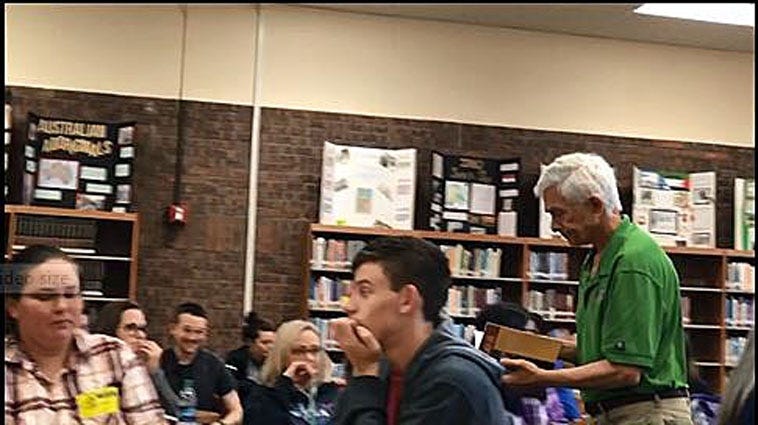 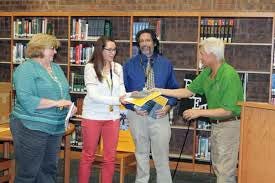 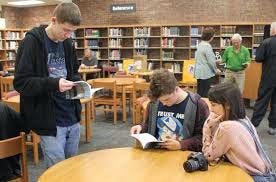 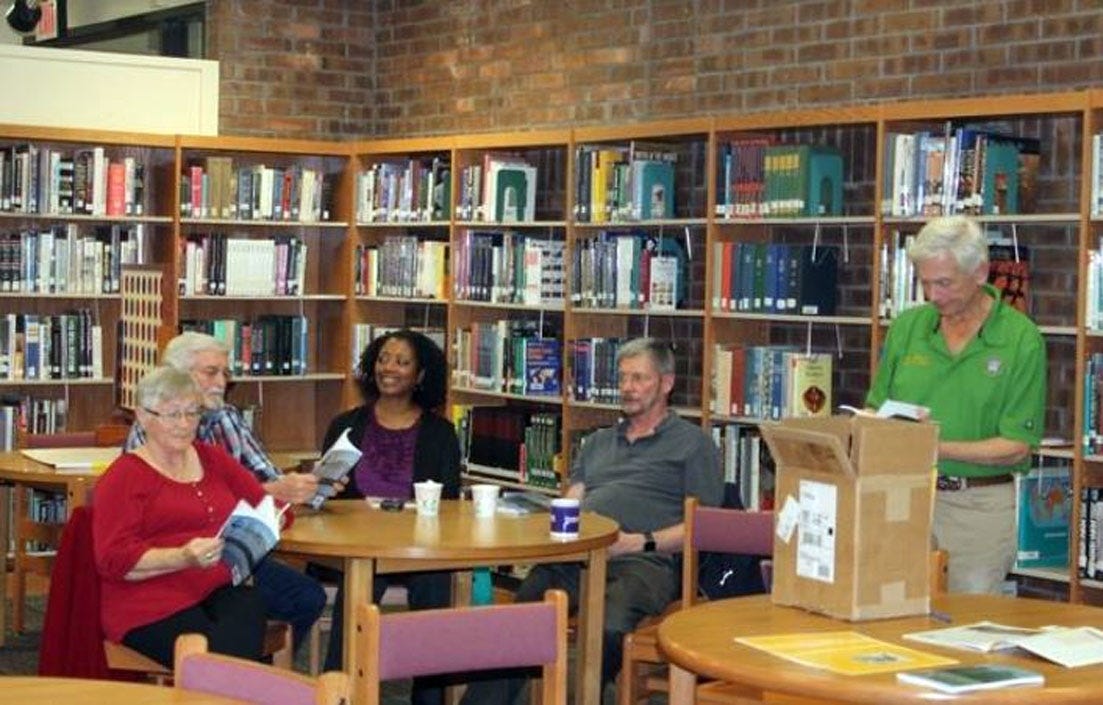 This article originally appeared on Santa Rosa Press Gazette: 'They wanted a voice'