Written by SandpaperMarketingAdmin on May 26, 2015. Posted in clubs, lifestyle. 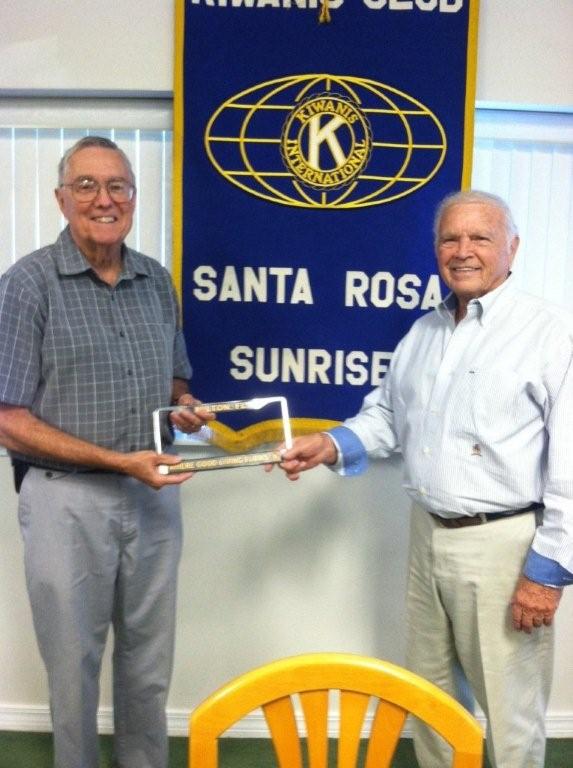 Les Kelly, a local authority on regional birds, is shown on the left accepting the Milton Pride tag holder from John Stone, president of Santa Rosa Sunrise Kiwanis.  Kelly works frequently out of the Eastman Air Products (formerly Tamico) wildlife sanctuary. He is an authority on species both in our area and across the country.  Kelly said he began birding after retirement and is now busier than ever.  Sunrise Kiwanis learned that the cavity nesting birds are sometimes in danger because there are fewer trees, therefore less tree cavities in which to build nests.  When asked why our hummingbirds seem to be gone already, club members were told those were the early birds that were just passing through to their destination.  Santa Rosa Sunrise Kiwanis invites anyone and everyone to join them for breakfast Wednesdays at 7 a.m. at Tanglewood Golf Course.