Written by SandpaperMarketingAdmin on October 20, 2014. Posted in clubs, lifestyle. 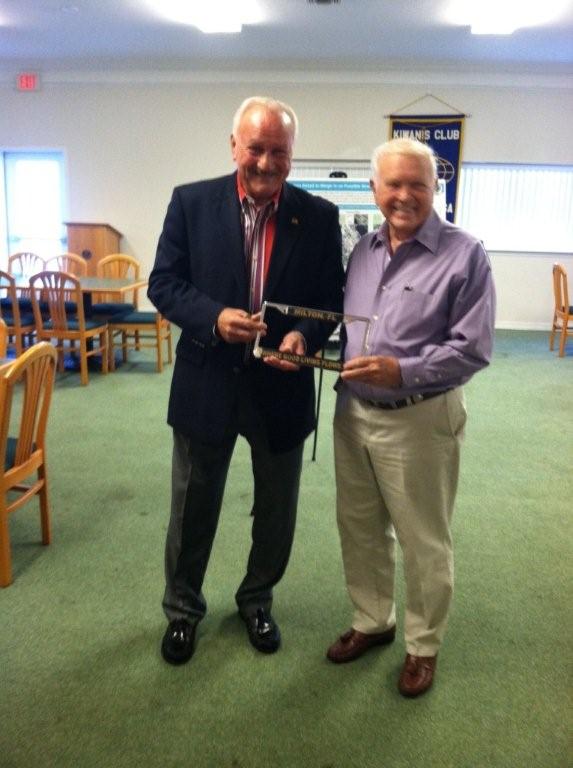 Don Salter spoke to Santa Rosa Sunrise Kiwanis regarding the proposed county judicial center and was presented the Milton Pride tag holder by Sunrise Kiwanis President John Stone.  Commissioner Salter explained the importance of the one penny sales tax, the least painful way to tax, to fund the courthouse and he explained the final three sites, pared down from the original thirteen sites considered.  The Milton courthouse, he explained, was built in 1927 and the constant upkeep and repairs and the addition of technology is an ongoing cost to the county.  He explained the cost of a new courthouse twenty five years ago was around thirty million dollars and now is fifty million for each site with a turnkey operation.  He said if this vote and solution is put off again for another decade the cost will be sixty to seventy five million.  Salter said the sales tax is only bound to the courthouse and can not be used for anything else. Santa Rosa Sunrise Kiwanis welcomes all to their Wednesday 7 a.m. meeting at Tanglewood Golf Course where all are welcome for breakfast.