'She has taught us to never give up'

Written by SandpaperMarketingAdmin on July 14, 2017. Posted in health-fitness, lifestyle. 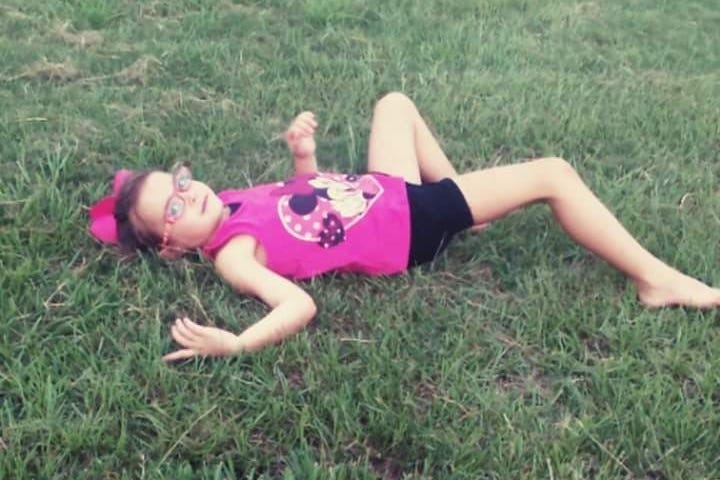 MILTON — At 6 years old, Addyson Bingham has seen more doctors than many adults due to a rare genetic epileptic brain disorder.

Addyson has Dravet syndrome. According to her mother, Jessica, Addyson has never known a day without multiple seizures.

“With Addyson being sick, it has changed the way our family does things,” Jessica said. “We always have to check the weather to make sure it's not going to be too hot or too cold, because that can have a big impact on her seizure activity.”

“Our boys have had to give up many activities and miss out on parties just because she was having a bad day,” Jessica said. “Our family has struggled to pay our bills sometimes because Addyson's health comes before everything. We have to make sure that she has her medication and that she has everything she needs just to keep her alive.”

Addyson was born July 20, 2011; she had her first seizure at 2 weeks old, which was the start of many hospital visits.

In February 2012, doctors performed an electroencephalogram, a test that detects electrical activity in the brain. According to Jessica, within 12 hours of beginning the EEG, Addyson had 48 seizures. The doctors then diagnosed her with complex epilepsy and started her on medication.

For the next three years, Addyson tried all kinds of medication and therapies.

“Nothing worked,” Jessica said. “She was losing weight and we thought we were at the end of our time with her.”

In April 2015, Addyson had a seizure at school that lasted 45 minutes, which led to another hospital stay. According to Jessica, this is when the Bingham family learned that Addyson was born without a flap to hold down stomach acid; she got a gastronomy tube surgically inserted so she could eat, and doctors cut part of her stomach to make her a flap to hold down the stomach acid.

“She has been putting on weight slowly,” Jessica said. “In June 2015, Addyson and I went to Miami Children's Hospital and got the diagnosis of Dravet syndrome. Since then we have tried new medications and lot of different types of therapy to try to help.”

Although every day is a struggle, Addyson was able to finish kindergarten at East Milton Elementary School this year.

The Bingham family created a GoFundMe page to raise money for Addyson’s expensive medical bills and another trip to Miami for testing.

“Taking care of her is hard on our family of five,” Jessica said. "But then having her is the best thing that could ever happen to us. She has taught us to never give up, to fight for what we want, and to have faith.”

This article originally appeared on Santa Rosa Press Gazette: 'She has taught us to never give up'