Written by SandpaperMarketingAdmin on October 16, 2015. Posted in around-town, lifestyle. 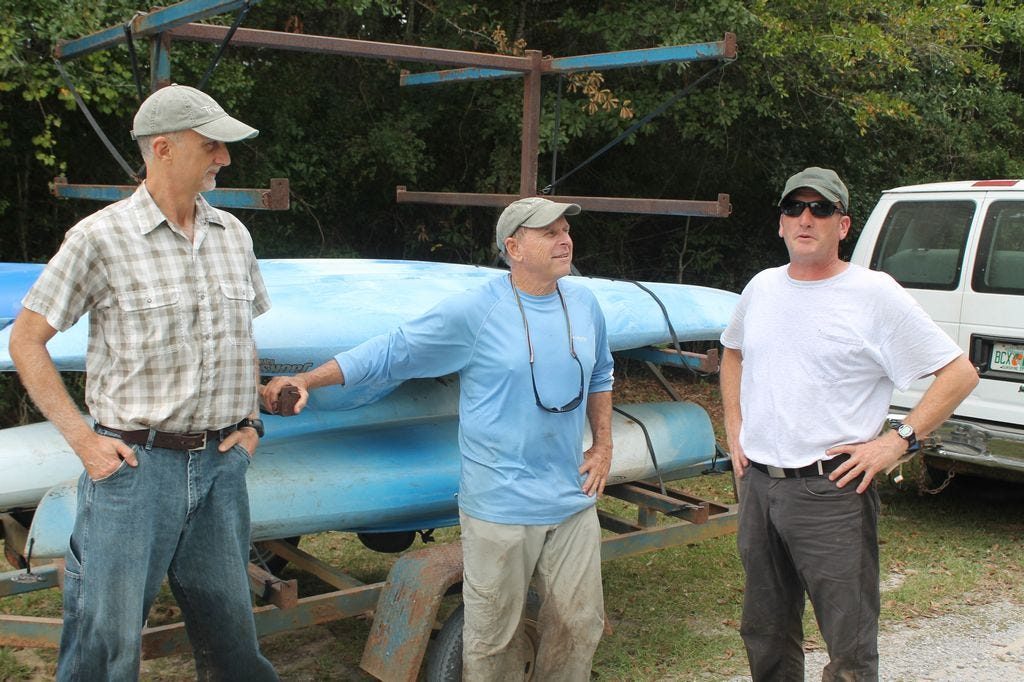 On an excursion to learn little known parts of the Blackwater River, I joined Tourist Development Council members Kyle Holley, Vernon Compton, and Jack Sanborn, Tuesday morning. As reported in Wednesday’s edition, the idea was to assess how navigable the river is to potentially draw more adventurous tourism. However, first impressions of the part of the river where we traveled suggest the TDC may not go forward in promoting longer journeys. The three mentioned here have a second trip planned for another section further down the river, so a final assessment is still in the works.

Through downtown Milton, the Blackwater River is the deep and wide focal point of the city. We dropped in further north, in East Milton, near the Hutton Unit Blackwater Wildlife Management Area. The team still needs to review the video and present to the TDC board, but advertising tourism there doesn’t look good, according to Holley. After seeing where logs and sediment forced the water to cut channels into the swamp and slogging through overgrown riverbed before finding river again, Holley said, “My thought is the area is likely not a good one for promoting due the risks and limited access for support/response teams to any cardiac incident or other injury, like snake bite.”

Starting the trip was like most by kayak on Santa Rosa County waters, smooth sailing with a wide berth. However, even at this early point, we came across high sediment, and had to steer clear or walk through to keep moving.

Early on, Compton pointed out the “white cedars and cypress (trees)” piled along the side of the river. “Some of those would stay in the river for hundreds of years,” he said. These same trees he would later use to identify a stretch of land as the old riverbed. He also noted the logs in the river changed the ecosystem by creating deeper pools in the sediment for larger fish and other creatures. Without the logs, the water would remain more shallow and faster moving over the sediment.

At a stopping point, Holley said the TDC always has to consider the effects of tourism on natural resources. Even as clean as this rarely explored section of river was, a few soda cans and bottles found their way down to this part of the river.

As for other wildlife along the trip, I mostly noticed large banana spiders in elaborate webs in the trees above our heads. The other notable character we came across was a cottonmouth snake Holley found. We were at a point of scouting out various river channels when he noticed it, coiled and flicking its tail. Sanborn, the most comfortable with the snake stood guard as I got as close as I safely felt I could to get it on video. The snake opened its jaw wide bearing venomous fangs. I backed off and Sanborn used his paddle to toss the snake further into the wilderness so we could pass.

The trip figuratively and literally changed direction when we encountered the log jam. We had already found shallow enough portions through which we needed to walk, but the log jam effectively took us out of the water. About 45 minutes from first shoving off, I learned what it meant to portage, a French term meaning to carry a boat over land.

This was where we explored channels, the places the river split off to find its way around the sediment deposits and log jam Sanborn had said were created in the early 90s with three significant weather systems. This same area Holley said could get tourists lost. One channel had us walking through swampy woods. Holley noted in the summer, the water would be chest-high.

Upon exiting the woods, we found the old Blackwater riverbed. A river of flowers and high grass, flanked by the same cedars and cypress Compton mentioned followed. This would be almost the conclusion of our journey as we met up with deep water again at the end of this ghost of a waterway. The landscape was beautiful, but dragging kayaks through heretofore untraveled, tall grasses and trees was not. Once we found the channel, Sanborn looked off to the side and said, “Oh, there’s Vernon’s car.”

The trio is planning a second trip to explore a diversion further down the river. The TDC also needs to see the video from the expedition before making any decisions on inviting visitors to this wild part of the Blackwater. Keep up with the Press Gazette to see where this story turns again. Look for video of the expedition online here soon. Unfortunately, the audio from the Gopro didn't pick up the others very well, but you will still be able to see the vast majority of the trip. 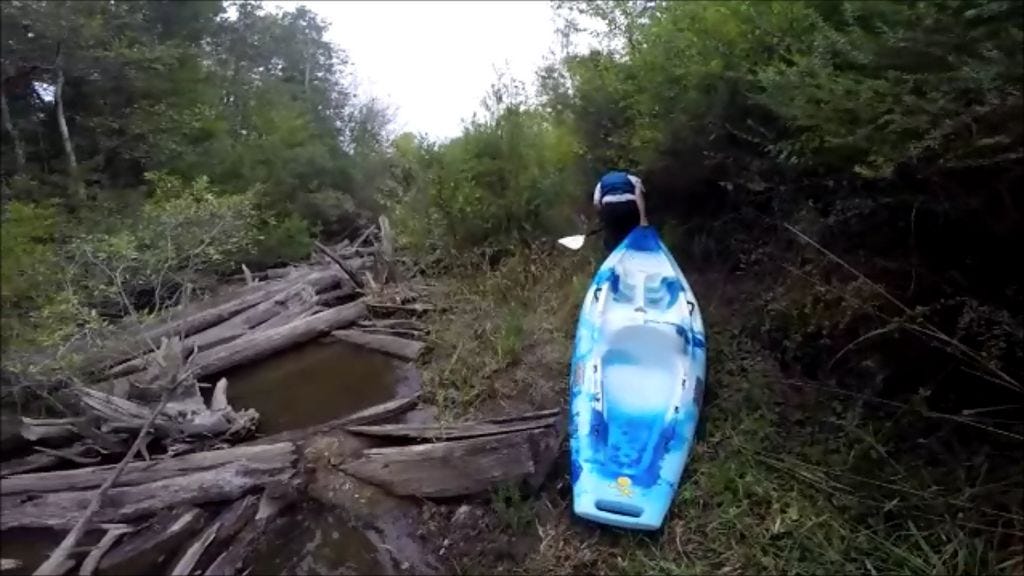 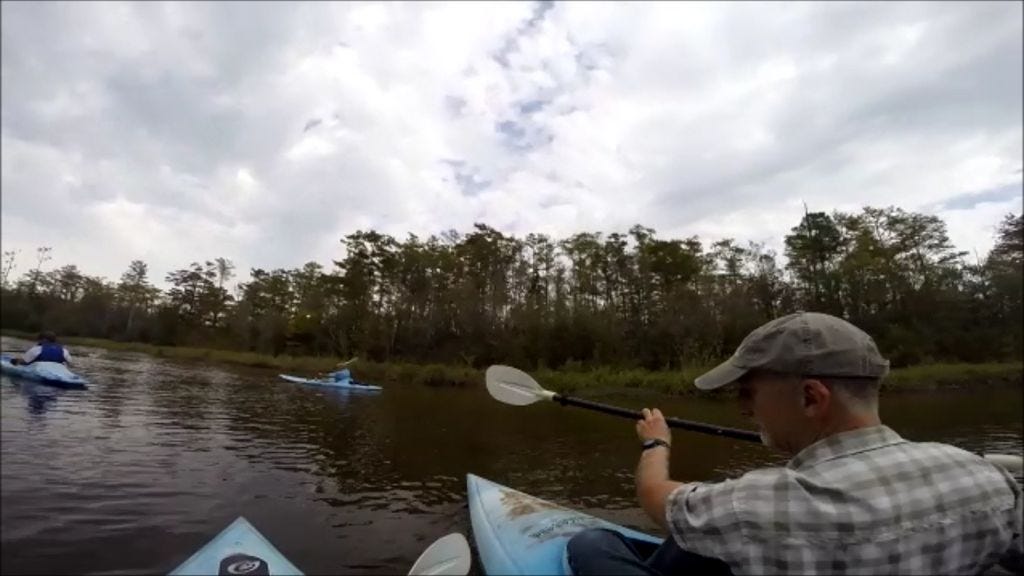