Written by SandpaperMarketingAdmin on October 9, 2014. Posted in entertainment, local. 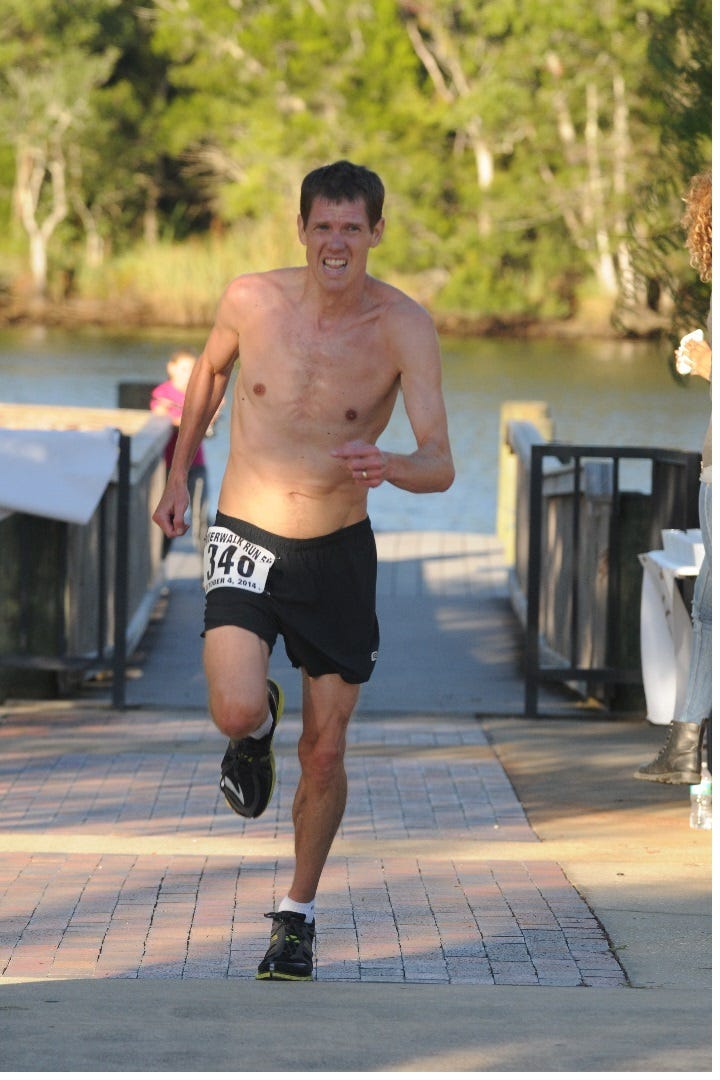 Over 470 runners and walkers turned out to traverse the streets of historic downtown Milton for the annual Riverwalk Run 5K.

Navarre’s Mitchell Jone dominated the race as he finished the race in a time of 17:02.

Despite Jone’s dominance of the race he finished well off the men’s record set by Nate Crum of 15:46 back in 2011.

In the women’s race, the record of 20:12 set by Susan Smith last year seemed to be in jeopardy for a moment, but Milton’s Michele Williams crossed the line in a time of 20:45 to take the women’s overall title and finish ninth overall.

“It was a great day for a race and the weather was perfect,” said Katie Nichols, special events coordinator for the City of Milton Parks and Recreation Department. “The number of runners and walkers who turned out today was even better than we had anticipated. This was a great event for the City of Milton thanks to our sponsors and adding the special edition of Bands on the Blackwater with the CrossTown Band made it even better,” she said.

Runners are reminded to mark their calendar for the first Saturday in October 2015 for the next edition of the Riverwalk Run 5K in historic downtown Milton.

The next downtown event will be the first three Friday’s in December as the City of Milton will ring in the holidays with Big Screen on the Blackwater.

Holiday movies shown on the giant 25-foot inflatable screen will be Rise of the Guardians (Dec. 5), a trio of cartoon shorts (Shrek the Halls, Merry Madascar, and Ice Age: A Mammoth Christmas) on Dec. 12, and Polar Express on Dec. 19. Santa will be here for all three weeks this year.

For more information, contact Milton Community Center at 983-5466, or check the city’s website for information regarding all city sports and activities at www.ci.milton.fl.us.