Written by SandpaperMarketingAdmin on June 10, 2015. Posted in entertainment, local. 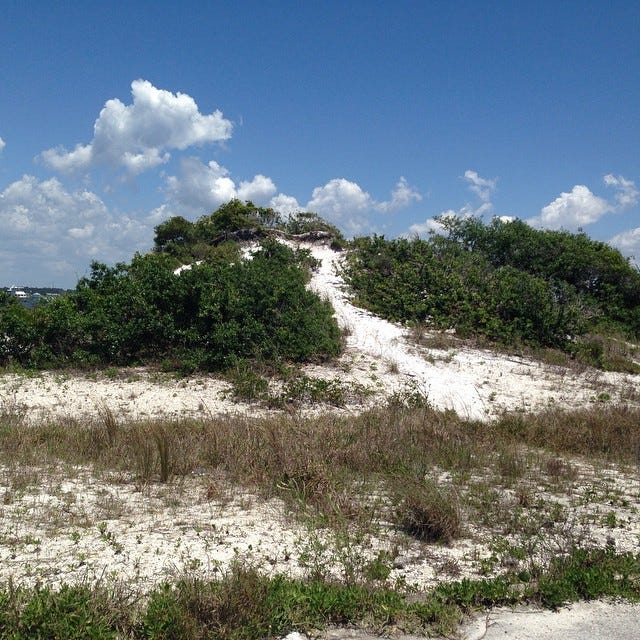 Santa Rosa County is another step closer to seeing what projects will receive funding from the first round of RESTORE Act dollars. The money comes from fines from the 2010 BP Deepwater Horizon oil spill, and amounts to just over $4 million for the county. Monday, the Santa Rosa County Local RESTORE Council (LRC) met to review and discuss the 56 submitted projects the technical team scored. While the scoring team ranked the Navarre Beach Restoration Project (NBRP) highest in the three categories in which it was submitted, the council indicated it would not select the project, or at least would not fund the full million asked.

According to the project’s description, submitted by Santa Rosa County, the original Navarre Beach Berm and Dune Restoration Project took place from March to November 2006 and included nearly 3 million cubic yards, placing sand over 4.1 miles of beach and utilizing a borrow area approximately 4 miles offshore. This project proposal is for the first expected maintenance of the initial restoration. This Project will encompass the original 4.1 mile project length, entail placement of 1,600,000 cubic yards of sand, and include planting of approximately 112,000 dune plants on top of the restored dune.

According to the project’s description, it fell under three of the five general RESTORE project categories: tourism, environment, and infrastructure, the other two being workforce development and job creation. The technical team, tasked with scoring submitted projects, ranked the NBRP highest in those categories beating dirt road paving in three districts under infrastructure, Navarre Park Water Quality Enhancement under environment, and Navarre Beach Nourishment and Erosion Control under tourism.

“In my mind, I’ve had trouble trying to wrap my arms around how beach restoration could make a generational impact.” He did say the LRC shouldn’t ignore the high rankings it received and suggested it warranted receiving part of the requested million dollars. Shon Owens, representing the Town of Jay on the LRC, echoed Williamson’s comments saying the beach is vital to tourism and therefore should be paid for by bed taxes, but struggled with the generational impact. Like Williamson, and for the reasons he stated, said he would support some funding.

Dave Robau on the LRC representing District 5, and a biologist for the Army Corps of Engineers and the US Fish & Wildlife Service said he agreed with the importance of the beach but laid out specifically why the NBRP may not have a generational impact. “A project like this could quite literally disappear overnight.” He said a category two storm could come along and destroy the investment. “There goes all your money.”

The next date on the anticipated timeline for the LRC is July 13, when the council will discuss the multi-year implementation plan the technical staff will prepare over this month. By then expect to see the leading projects for consideration for full or possible partial funding.

Look for more information on this story as it is released on www.srpressgazette.com.