Written by SandpaperMarketingAdmin on March 5, 2014. Posted in clubs, lifestyle. 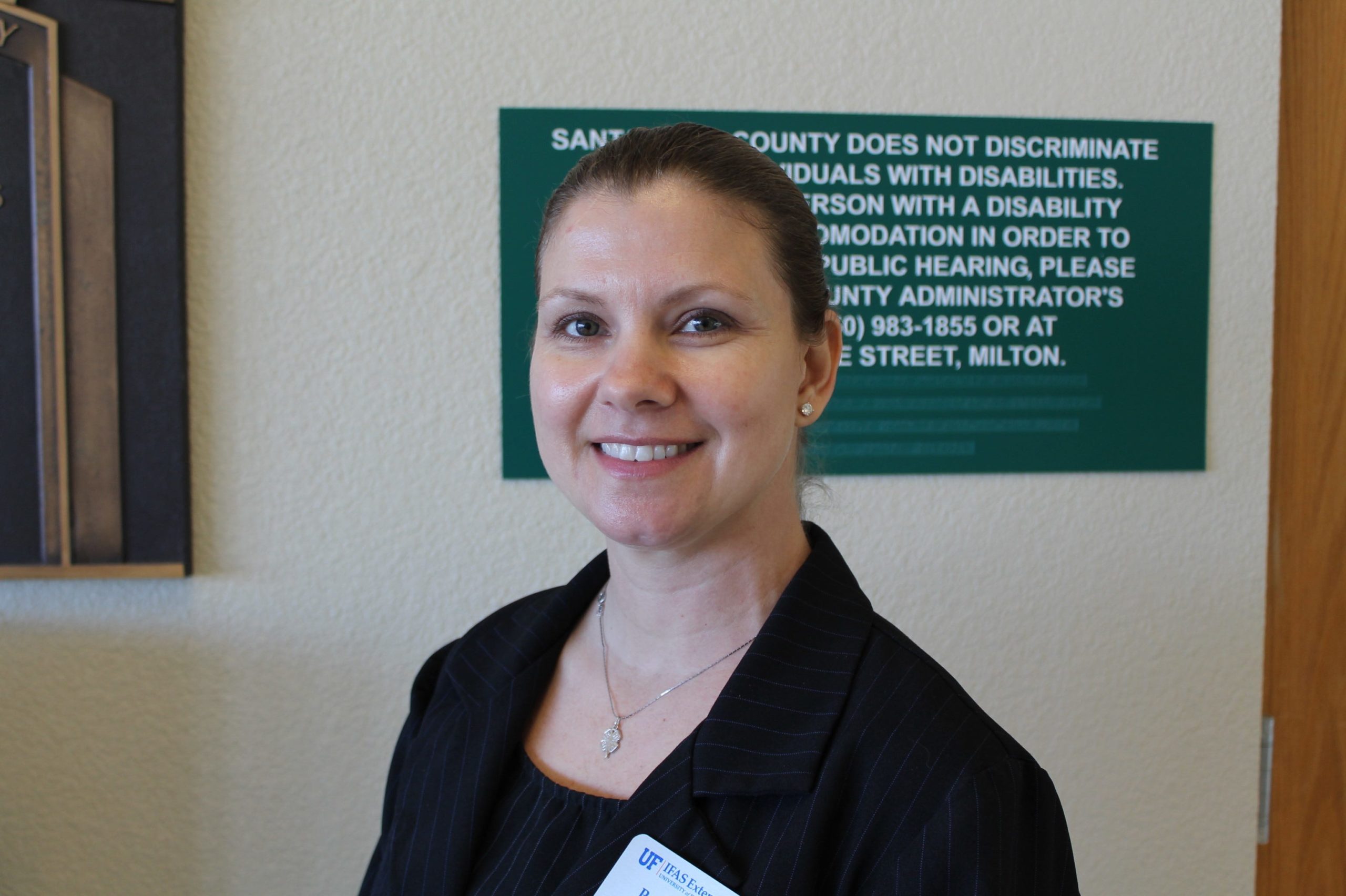 Prudence Caskey has taken on the task of the next County Extension 4-H Agent.  She was selected by the University of Florida IFAS Extension.  Before accepting this position, Caskey was the Program Assistant under previous agent, Vickie Mullins.  Previously she helped out as a 4-H Volunteer Leader.

As the Extension Agent, Caskey has two main goals.  She said she's looking to add more clubs since, for example, children in Jay have to travel to the Navarre location.  She said this was surprising since Jay seemed appropriate for a 4-H location.

She also said that many people think of 4-H as "cows, plows, and sows," but also said it’s not a bad thing.  "We're an agricultural community," she said.  Continuing, she said 4-H is also involved in robotics and computers and other such technologies, but added that she's concerned the direction of 4-H is drifting away from traditional agricultural pursuits.

Caskey said she was involved with 47 youth who participated in raising 350 chickens, among those were Leghorns, Silkies, Aracaunas, and broilers.  The students experienced seeing them processed at the Green Cedar Farm in Molino, and received two dozen processed chickens, something she had always wanted to do.

Originally from Tampa, Florida, Caskey moved to Kentucky with her sister, Sara in 1996.  She’s lived in Santa Rosa County since 2000 after residing in Kentucky for four years where she met her husband, Kyle, at a gas station, where he worked.

Caskey lives in East Milton with her husband and son, her child born in May of 2003.