Written by SandpaperMarketingAdmin on September 21, 2015. Posted in birthday, celebrations, lifestyle. 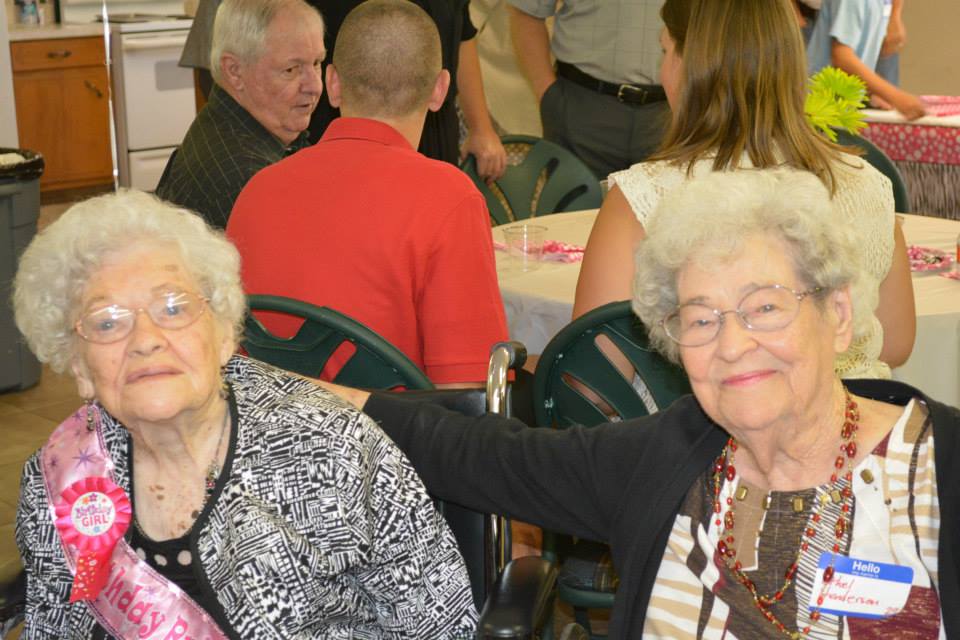 Myrtle Willis Luke celebrated her 100th birthday on Saturday, September 19th at the Community of Christ Church on Raymond Hobbs Street in Milton.  Myrtle was born in Santa Rosa County, Florida on September 21, 1915 to Don Carlos Willis and Lula Clyde Wolfe Willis.   She graduated as salutatorian from AllentownHigh School in 1935 and attended a “girl’s business school” in Brewton, Alabama.

Myrtle credits her long life to having a caring, loving family and an abundance of wonderful friends.  She loves to pass down stories of her many happy memories to her children, grandchildren, friends and anyone else who loves to hear a good story.

Her mother, who lived to the age of 102, often told her about an event that occurred when she was around the age of two or three.  Her mother had taken her and her brother out to pick berries for a blackberry cobbler.  After a while, her mother looked up to see an angry bull fast approaching the three of them.  Leaving the berries behind, her mother quickly grabbed up both children, ran for the fence, threw them over, and climbed over herself, narrowly escaping the charging bull.  After that scare, they always picked berries much closer to the safety of their home.

Another favorite story of Myrtle’s was of her surprise proposal and wedding.  She met her husband, Clyde, while she was on a blind date with his best friend. Myrtle always said Clyde was determined she was going to be his girlfriend from that first double-date.  Clyde’s job eventually took him back to his hometown of Meridian, MS.  Shortly after arriving back home, he wrote a letter to Myrtle asking her to take the next bus to Meridian to meet his parents.  She delights in saying that as soon as he met her on the bus, he declared, “You’re not going back – we’re getting married.”  That is exactly what they did on May 21, 1938, and remained married for almost 62 years.