Written by SandpaperMarketingAdmin on October 6, 2014. Posted in clubs, lifestyle. 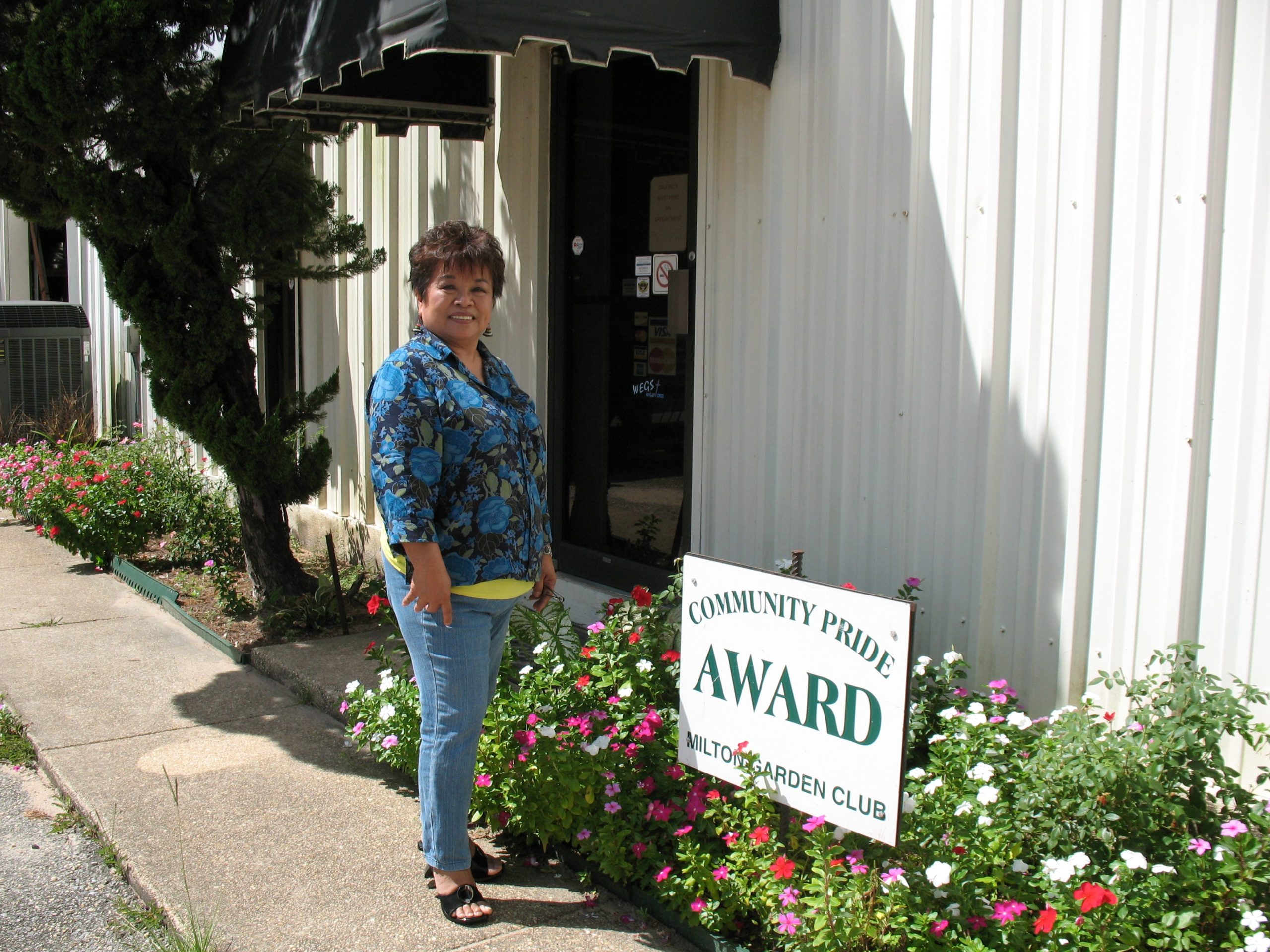 The Milton Garden Club is presenting its Community Pride Award for September for a business to Mooneyham Heating and Air Conditioning, 4061 Avalon Boulevard, Milton. Gary Mooneyham has supported the Garden Club’s Christmas Tour of Homes for the past two years. Nora Burnham gets all the credit for the pretty flowers planted in front of the building. She has planted red and pink knockout roses, amaryllis, caladiums, hostas, yellow bush daisies, and many colors of vinca from the palest pink to the deepest reds. Congratulations to Nora for the effort placed in creating a welcoming entrance to Mooneyham Heating and Air Conditioning.