Written by SandpaperMarketingAdmin on April 15, 2016. Posted in health-fitness, lifestyle. 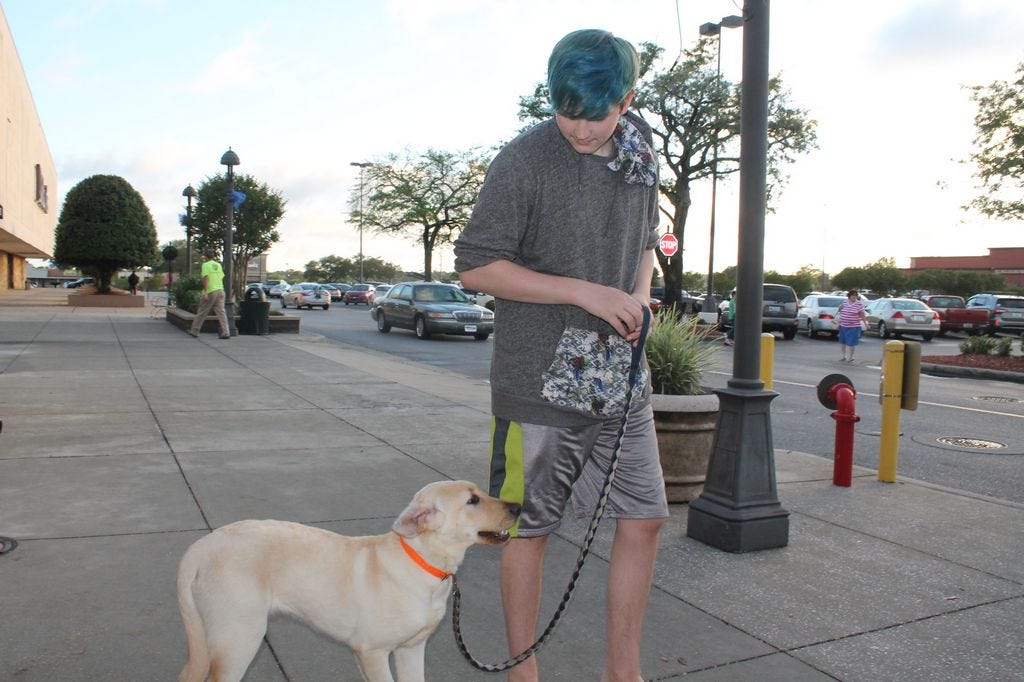 MILTON — In January, the Press Gazette told the story of Kelton Stephenson, a teenaged diabetic whose severe condition kept his parents up several nights a week checking his blood sugar as it dropped dangerously low.

Now, the family has a Diabetes Alert Dog — a yellow lab named Axel — to wake Kelton up when his blood sugar is low at night and alert him before his monitor even indicates a low.

This week, Kelton Stephenson received a visit from Axel, but the DAD’s permanent move to Milton can’t come soon enough for the Stephenson family.

Michelle Stephenson, Kelton’s mother, said the teen has missed almost 60 days of school this year. “He only went to school three days in March,” she said. Kelton’s health has forced his parents to enroll him in Florida Virtual School for next year.

During this illness, Michelle said Kelton had a six-day fever and went through four rounds of antibiotics. She said she has an appointment with an immunologist set.

Helping Kelton watch his blood sugar has been a whole family effort.

Patrick, Kelton’s older brother, said every time Kelton’s blood glucose monitor would sound, he would check on him.

Rachel Hughey, Patrick’s girlfriend, watched out for Kelton, asking him what his blood sugar level is and if he was safe to eat foods high in sugar.

“As much as he doesn’t want it to, it’s something that always comes up,” she said.

At five months old now, Creasy said he already has Axel deep into scent training, and the dog could recognize if Kelton experienced a low blood sugar spell.

At this stage in Axel’s training, Creasy said he wants Axel exposed to people and places to get the dog more accustomed to the various scenarios where he’ll be with Kelton in the future.

Thursday evening, Kelton’s family joined him and Axel outside of Moe’s at Cordova Mall to educate passers-by on DADs, accept donations, and give Axel some experience.

Watching Axel interact with strangers, Creasy said, “You can’t buy this kind of training. They do it for you.”

“By the (Americans with Disabilities Act), service dogs do not have to wear  a vest, but I do recommend a vest to take the stress out,” Creasy said. “At this stage we want interaction but do train to not solicit attention.”

More visits like these are ahead for Kelton and Axel. Creasy said labs tend to mature at 18 months old, so by August of next year, he’ll be ready.

“I don’t rush these dogs,” Creasy said. “I want them really rock solid.”

Meanwhile, the Stephensons are still working on paying for Axel. Michelle said they have around $7,000 left to go.

“So we’re two thirds of the way there, but it’s due in October,” she said.

Axel and Creasy leave for Tennessee on Sunday, and the Stephensons will be the ones traveling next time, in June.

See the “Diabetic Alert Dog for Kelton” Facebook page to help raise funds for the Stephensons. 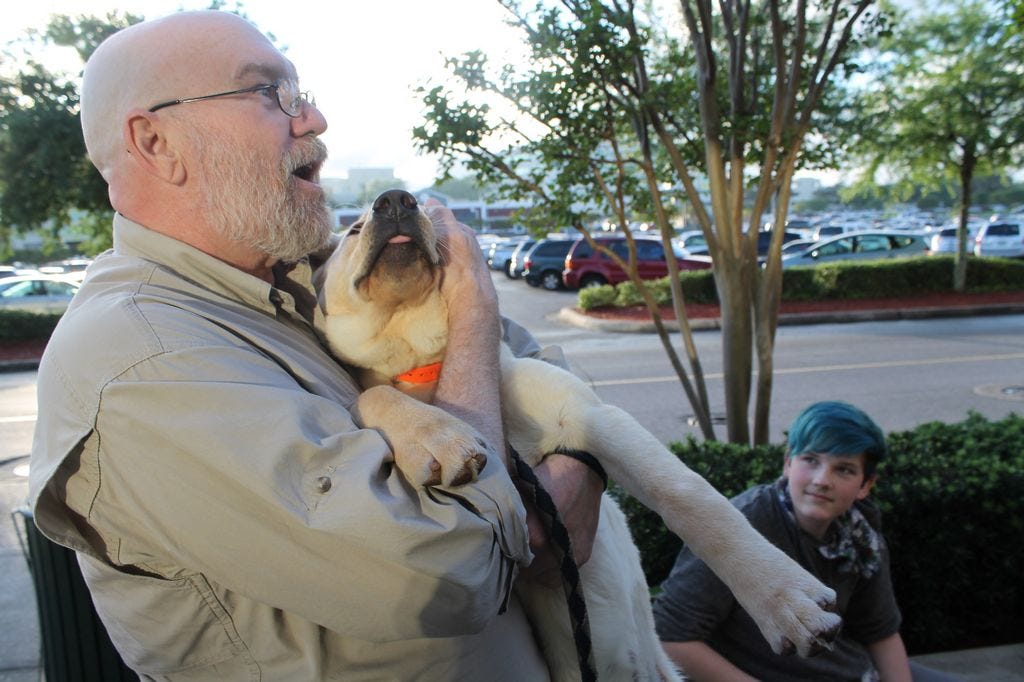 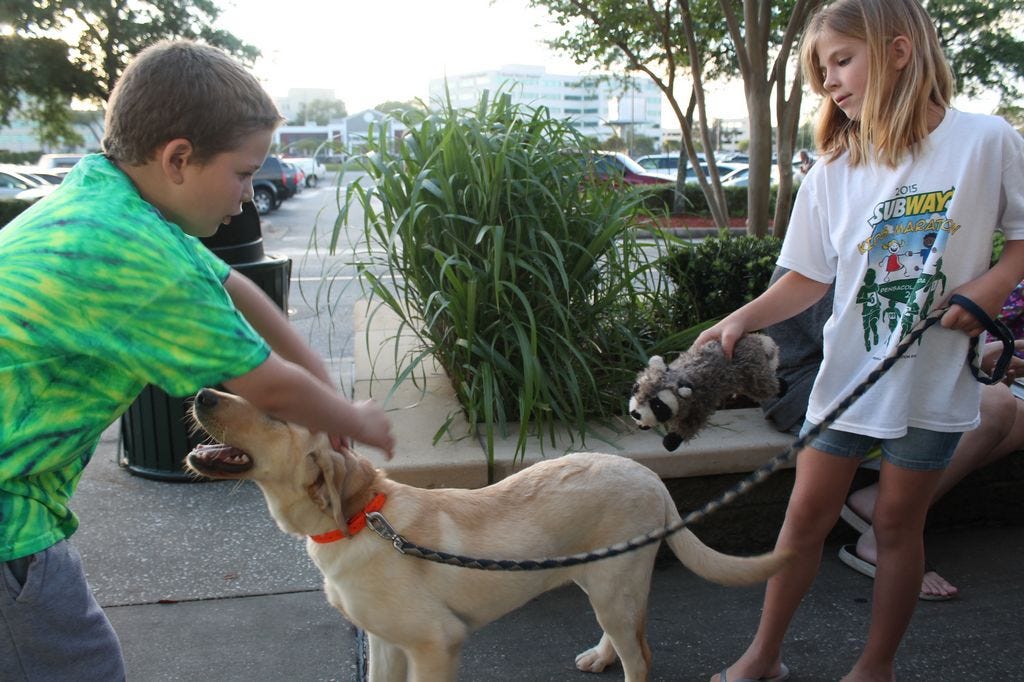