Written by SandpaperMarketingAdmin on January 28, 2016. Posted in lifestyle. 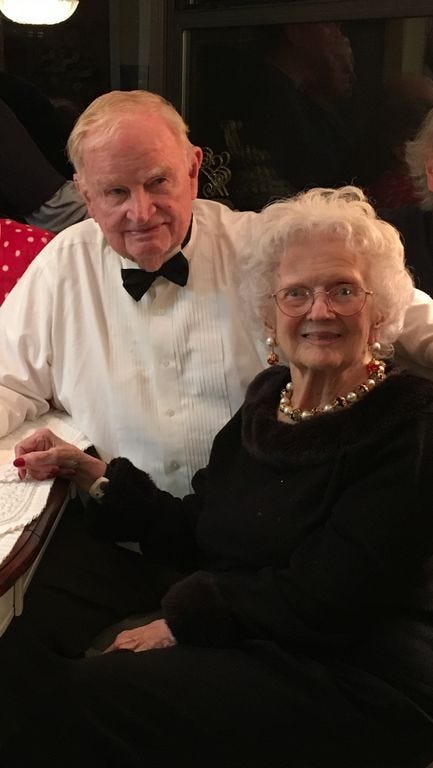 Mr. And Mrs. E.N. James celebrated their 69th Anniversary on Jan. 25, 2016.  They married in Detroit at Our Lady of Lourdes Catholic Church in 1947 after meeting there in 1942 at a USO dance.  After being recalled for the Korean War, Red was eventually stationed at NAS Whiting Field as flight instructor in 1953 where he and Dorothy settled and reared 6 children, Dick, Diann, Bobby, Ralph (RIP), Randy and Michael. Red started James Construction Company and wore many city/community hats for the last 63 years in Milton. They thank their many friends and relatives for all the well wishes for a happy anniversary.