Written by SandpaperMarketingAdmin on September 25, 2014. Posted in clubs, lifestyle. 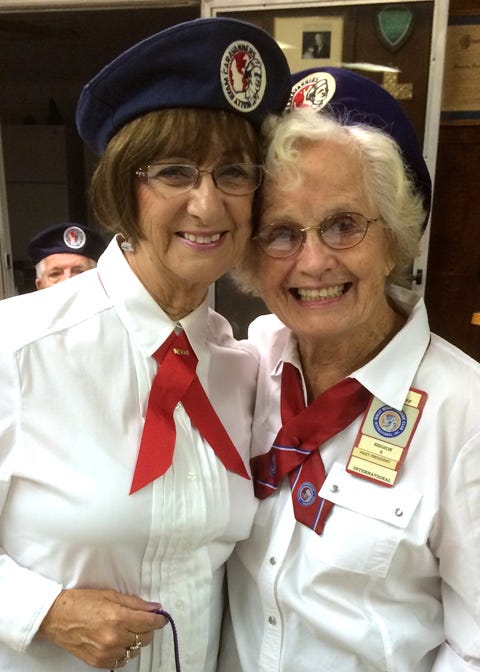 Gloria Carter, Milton, was elected president of the Wally Byam Caravan Club’s Pensacola Unit 29, at a rally Saturday at the club’s campground in McDavid, FL. She is shown with Lois Kalthoff, Ft. Walton Beach, installing officer. Gloria and husband, Tom, are owners of Carter Photography, Milton. Traveling to camping rallies locally and throughout the United States and Canada is a favorite activity of WBCCI Airstream owners. Gloria and Tom participated in the International Rally in Gillette, WY in June and July.