Written by SandpaperMarketingAdmin on August 14, 2018. Posted in health-fitness, lifestyle. 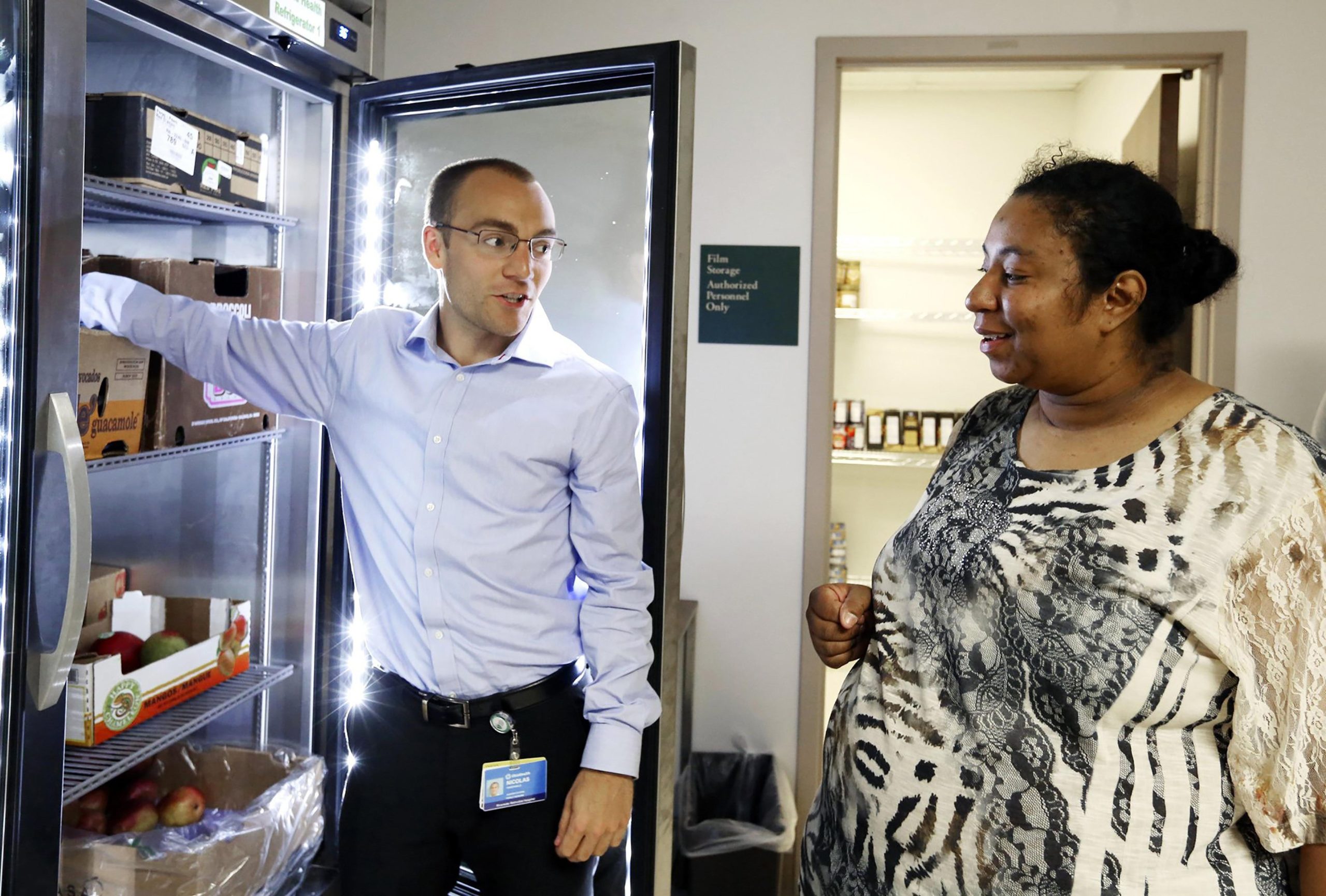 When Esther Caicedo visited her doctor’s office Friday, she left not with a prescription but with acorn squash, mangoes, tomatoes, tuna and several other items to feed herself and her family.

With the help of Ohio University medical student Max Farenwald, she had filled four grocery bags from large coolers and a pantry in a meeting room at OhioHealth Riverside Family Practice on the Northwest Side in Columbus, Ohio.

"Would you like some broccoli this week?" Farenwald asked before placing two heads in a bag. "How about some cauliflower?"

The 34-year-old Caicedo is one of about 50 patients enrolled in the practice’s Food is Health program, a new initiative to arm diabetes patients with nutrition education and healthy foods, all right in the doctor’s office.

Since April, the practice’s diabetic patients have been asked a number of questions to screen for food insecurity — unreliable access to affordable, nutritious food.

Those screening positive are asked if they would like to take part in the Food is Health program, through which they visit the practice every week or two for free produce and canned goods.

The food budget for the program, which is free to patients, comes to about $6 per person per week, with each family member counted separately, said Dr. Laurie Hommema, who directs a program that trains new doctors — residents — who help staff the initiative. She expects food costs to be about $30,000 to $40,000 a year, with items purchased from a number of vendors, including the Mid-Ohio Foodbank. Costs are built into the practice’s budget, with some support from OhioHealth Riverside Methodist Hospital.

The initiative was sparked by Brian Jepson, the hospital’s president, who also sits on the Mid-Ohio Foodbank board.

Matt Habash, Mid-Ohio’s president and chief executive, said the program fits into a relatively new strategy looking at a "food-as-health" mode, through which 68 percent of the food bank’s distributed food is fresh.

Riverside Family Practice is the first to set up a pantry inside a doctor’s office, Habash said. Some other providers have programs through which patients are directed to sites where they can obtain fresh food.

"All of those things are starting to work really, really well," he said. "And we’re getting ready to figure out, ‘How do we scale this in a big way?’"

Hommema, who has been at Riverside Family Practice for 10 years, said she had no idea that certain patients had difficulty affording food.

"You’re in the room with a patient and you say ‘make sure you’re eating fruits and vegetables’ not realizing they, one, can’t afford it, and they, two, can’t find it; and, three, sometimes they can’t store it, and they don’t know what to do with it," she said.

Plans are to track patients’ health data, including test results and trips to the emergency department, for the next six months to a year in an effort to determine whether the project reduces treatment costs.

Patients in the program "shop" for food after a roughly 20-minute appointment with a resident and students from the Ohio University Heritage College of Osteopathic Medicine and Ohio State University College of Medicine. They provide nutrition education, recipes and tips on preparing and storing food. A community health worker arranges transportation for the client if needed.

Caicedo, who lives on the Northeast Side, was diagnosed about five months ago with diabetes after becoming so sick that she spent five days at Riverside Methodist Hospital. Caicedo’s doctor prescribed her medication and encouraged her to join Food is Health. She has been participating weekly for nine weeks.

For the mother of three, feeding her children and her parents, who live with her, had been a challenge.

"You go to the store and everything is expensive," she said. "I would get a big bag of rice and a lot of bread so we feel full, you know? And it’s cheaper."

Caicedo has learned to read labels to determine the nutritional content of packaged foods and uses Food is Health recipes that incorporate the produce she receives.

Previously, the family ate about 20 percent of the food they now eat, she said. Now, they enjoy avocados without being limited to just a thin sliver. Rice has been all but replaced with grated cauliflower (called "cauliflower rice") on the family dinner table, vegetable ribbons sometimes stand in for pasta, and snack time now includes celery with peanut butter or fruit instead of candy or potato chips.

While her motive was improving her precarious health, Caicedo said she also unexpectedly lost about 30 pounds.

And there have been even more significant changes.

Before her diabetes was under control, Caicedo mostly stayed at home because it was a chore to even reach for and put on her shoes. She didn’t play outside with her children or go to her son’s soccer games, and she canceled birthday parties and meetings with friends. She said she now has energy to spend time with her children and, recently, even felt well enough to take on a job painting a house.

"I feel that if I continue going this road I can only go up," she said. "I can go back to being my better self." 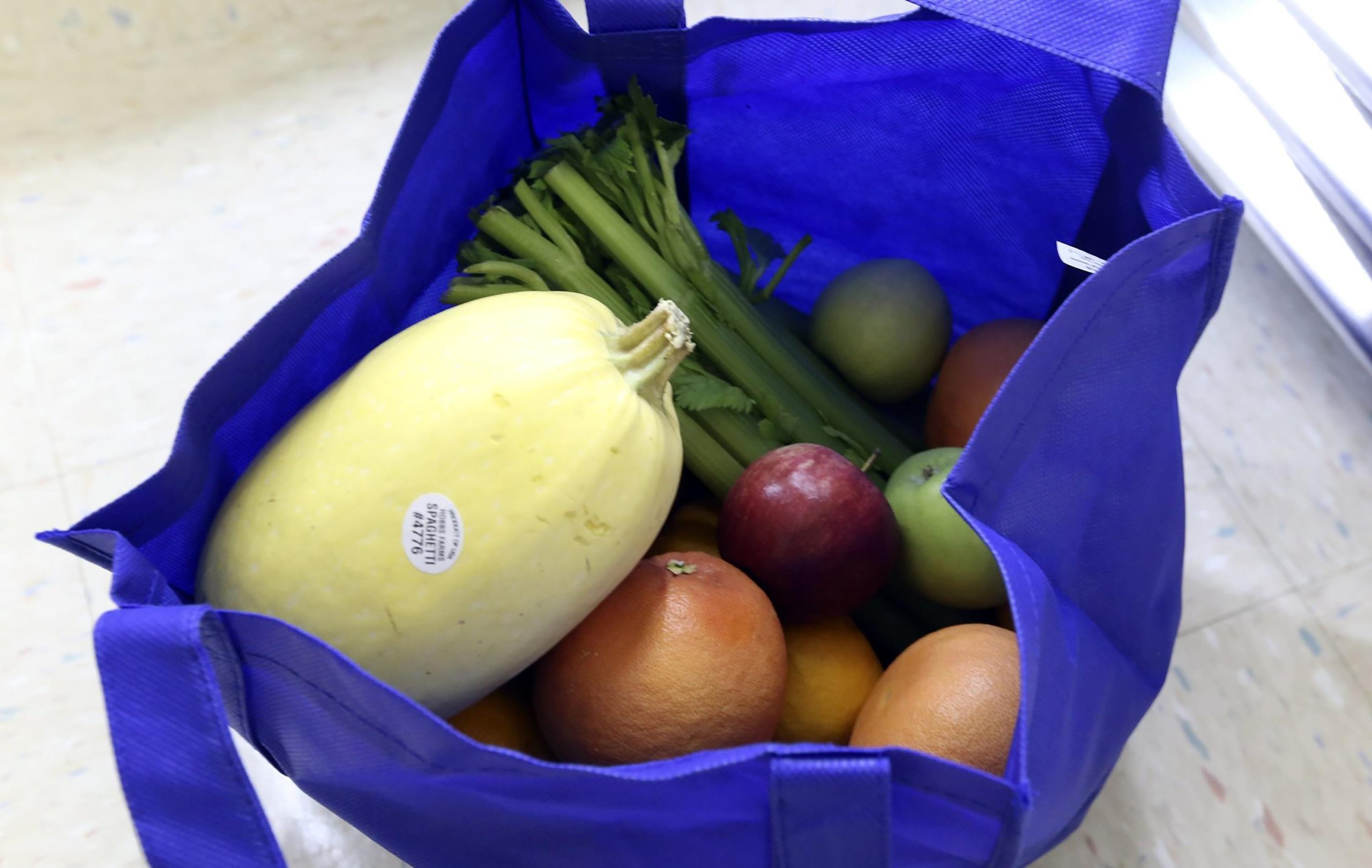