Written by SandpaperMarketingAdmin on May 22, 2015. Posted in entertainment, local. 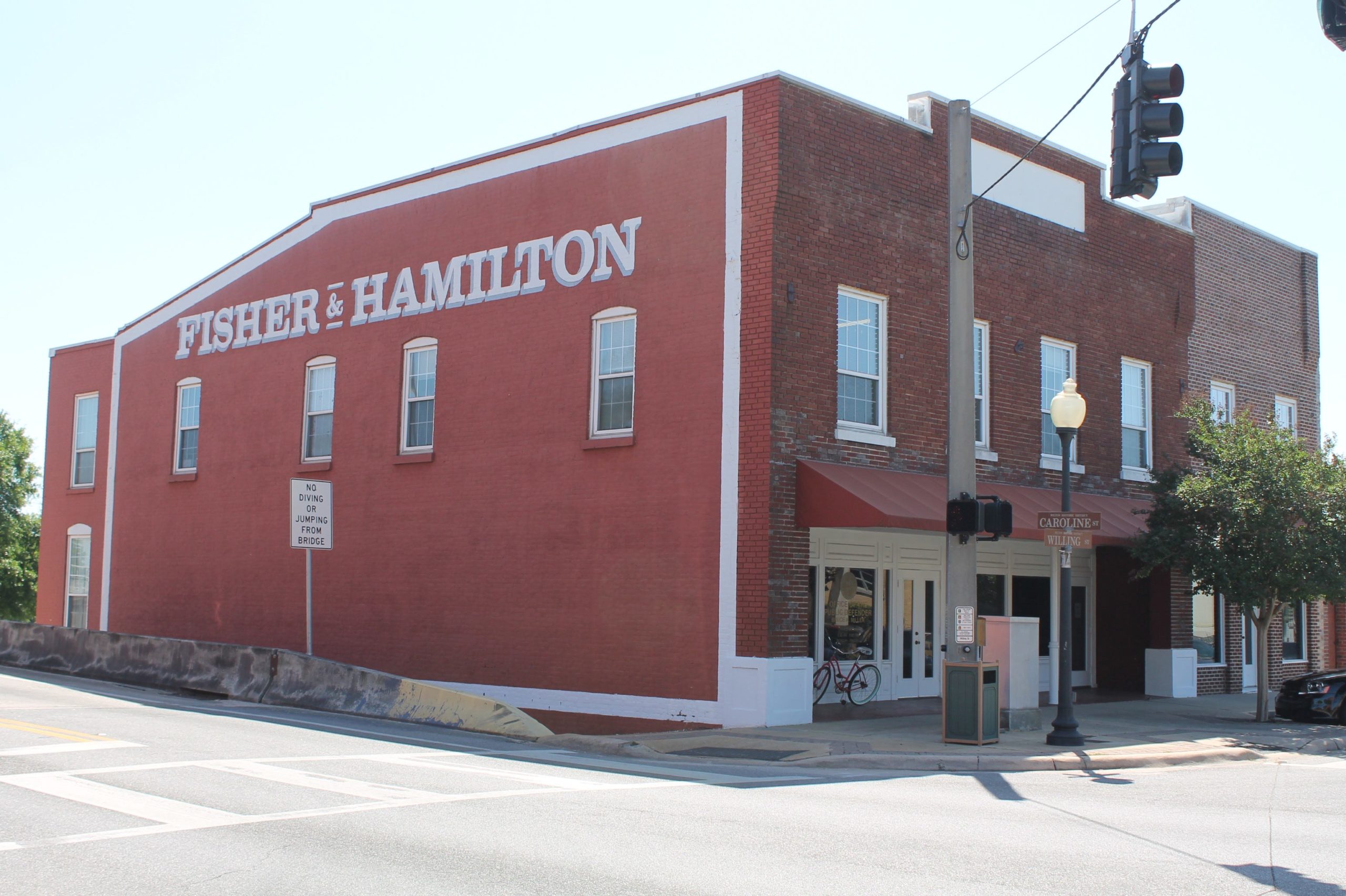 Looming in Milton’s future are two issues repeatedly in the news as they have been for years: what to do with an aging courthouse and a failing section of U.S. Highway 90. At the literal intersection of these two issues is the Fisher Hamilton building on the south side of Hwy 90 at Willing St. The building currently houses the public defender, but Santa Rosa County commissioners have expressed interest in moving the office into a new judicial center to centralize county court functions. The building may not exist at all if the FDOT decides to widen Hwy 90 to alleviate traffic congestion.

According to the SRC property appraiser’s website, the county bought the FH building in 1989. SRC Administrator Hunter Walker said, “We were trying to pool functions in the courthouse at the time…That's why they bought it and rehabbed it. They had grant money to redo it and shored up structural pieces of it. That was again trying to make space in the existing courthouse at the time. We didn't just start having a problem with the courthouse.” Walker said the county renovated the building in 1993 and then the public defender moved in around 1998.

Walker downplayed Broyd’s assessment. He said it was an unfortunate choice of words. “It’s certainly not the most functional but it does function for the public defender. It gets them close to the courthouse.” However, he said the public defender’s office has “grown into all of it. There’s no more room in the Fisher Hamilton building.”

The city’s concern with the building revolves around the potential widening of Highway 90, which would only affect the Fisher Hamilton building, according to City Councilman Jimmy Messick. However, Milton Mayor and former Santa Rosa Historical Society President Wesley Meiss expressed his concerned over losing the building as part of “Milton’s historic core” as he puts it.

Former Mayor Guy Thompson firmly stood by the option to widen Hwy 90 last year. As far as the Fisher Hamilton building goes, he said, the building has been there a long time, but “In the 80s, it was a shell, nothing but the brick. The county got a grant and purchased it and it’s been totally redone.”

To those opposing the building’s destruction, Thompson said, “They're talking about a building. What's it worth? What's it producing? How is it helping our local economy? What's it doing to promote the whole city and community around it? Weigh that option against a four-lane and I think a four-lane wins. People said go to another route like Berryhill Road, but there are historic homes there where people live. Monroe Street, (there is) no reason to do that because you’re going through a residential area and it would take residential homes out. It's a county owned. Before the county purchased it, it was a dilapidated building, falling apart. The county got a grant and restructured it. If they bought the material in the 80s, that's not historical. The brick is.”

Thompson said he draws the line on historic value at the Fisher Hamilton building. With talk of moving the building, he said, “I think in my opinion it's a waste of money to move. I think it ought to be torn down…The state says they could move the building, but I just wonder if it's a waste of tax payer's money. It’s an expensive process and a cumbersome process.”

Walker agreed. “I can’t imagine what the cost or what the benefit would be. That would be an interesting discussion.” He wondered if moving it would even be possible without shaking it apart. “That’s old mortar in it…It’s a fragile, historical building. Typically, fragile buildings a very expensive to rehab.”

Thompson expressed no interest in preserving the Fisher Hamilton on grounds of historic value. However, he noted, “The Imogene? Don’t touch it.”

Quite interested in the value of the Fisher Hamilton building is Santa Rosa Historical Society President Vernon Compton. Beginning with its history, he said, “It is one of the oldest commercial brick buildings in the panhandle between Marianna and Pensacola, built in 1877 by one of the founding fathers of Milton, William Keyser.” Married to Harriet Swift, Compton said the Keyser and Swift families were very instrumental in the growth of the community “That particular building was their store, the corner brick store,  opened in 1878.”

Keyser’s family, Compton said, played several roles in Milton. Keyser was a lumber baron and owned multiple mills such as the Bay Point Mill, according to Compton. He said Keyser shipped lumber all over the world and helped to build not only Milton and Bagdad but the state of Florida.

Harriet Keyser, Compton said, was “very interested in all things good for the community, moral, educational, and commercial. Those families were founders, builders, and financiers of the first churches, like the First Presbyterian Church and St. Mary’s Episcopal Church.”

Compton said the building means a lot to the historical society because of how involved in the founding of Milton the Keyser family was. “That’s why it’s considered by the SRHS, not just a building but the people and families who were founders of the City of Milton.”

The building’s own history of survival Compton said adds to its historical significance. “In the City of Milton, it has stood through all disasters. Fires leveled much of downtown in 1885, 1892, and 1909. It survived every hurricane, every flood, all economic downturns. The building made it.”

Compton noted, Harriet Swift Keyser’s brother, Milton druggist, Zephaniah Swift, for a time owned the old drug store on the other side of Hwy 90.

Thompson said, “Just because something is old does not mean it holds value today as historic. It depends on where it is and what useful purpose it can become. Now if people want a town full of old, empty buildings, so be it, but I don’t think that that’s the way it is.”

Is destroying a century plus symbol of Milton’s commerce worth the increased business more traffic through downtown could bring? Should FDOT reroute 90 through potentially less favorable areas just to save a brick building? Note as previously reported, Milton City Council members said other routes could affect not only historic but residential dwellings. While the opinions of city and county officials and residents are valuable to FDOT, the state’s transportation agency ultimately answers these sorts of questions.

This summer, FDOT will hold another meeting with more information on the proposed routes through downtown. It also remains to be seen what will happen to the current Fisher Hamilton occupants as new judicial center talks continue.

The Santa Rosa Press Gazette will follow this story closely. Look for more information in the print edition of the paper regarding history of the Fisher Hamilton Building. Also see a newsletter written by Nathan Woolsey for the Santa Rosa Historical Society about the building HERE. Find it also on the left side of the screen under Related Media.