Written by SandpaperMarketingAdmin on February 25, 2015. Posted in entertainment, local. 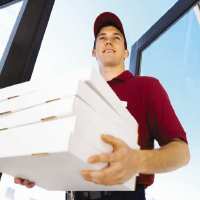 From noon to 4 p.m. the hiring day event will take place at Career Source, located at 409 Racetrack Road NE in Fort Walton Beach. From 4 p.m. to 7 p.m. several Domino’s Pizza locations in Florida and Alabama with a similar hiring event.

According to a press release from Domino’s Pizza, 30 locations throughout Pensacola, Panama City and Mobile, Ala. are looking to hire. Those who are interested in attending the hiring event, should bring a resume and references. Representatives from Domino’s will be on site to conduct interviews. Job seekers can also apply on line at jobs.dominos.com.