Written by SandpaperMarketingAdmin on November 8, 2015. Posted in entertainment, events. 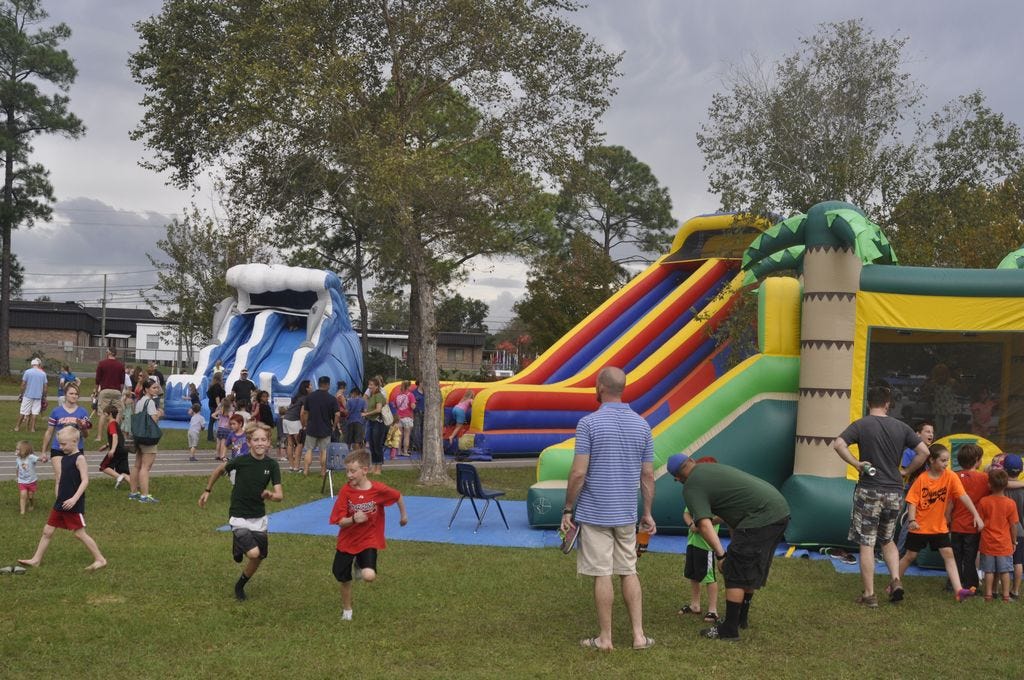 The weather conditions did not keep residents from attending Saturday’s ‘Bounce-O-Rama’ at S.S. Dixon Primary School in Pace. Sponsored by the school’s parent teacher organization, the family event featured 10 bounce houses including face painting and more as a fundraiser for new playground equipment and a new school snack program.

“We ran out of wrist bands and had to make a couple of food runs,” she said.

The PTO also raffled off more than 100 prize-filled gift baskets during the event which included  passes to popular theme parks and donations from local businesses.