Written by SandpaperMarketingAdmin on July 31, 2015. Posted in entertainment, local. 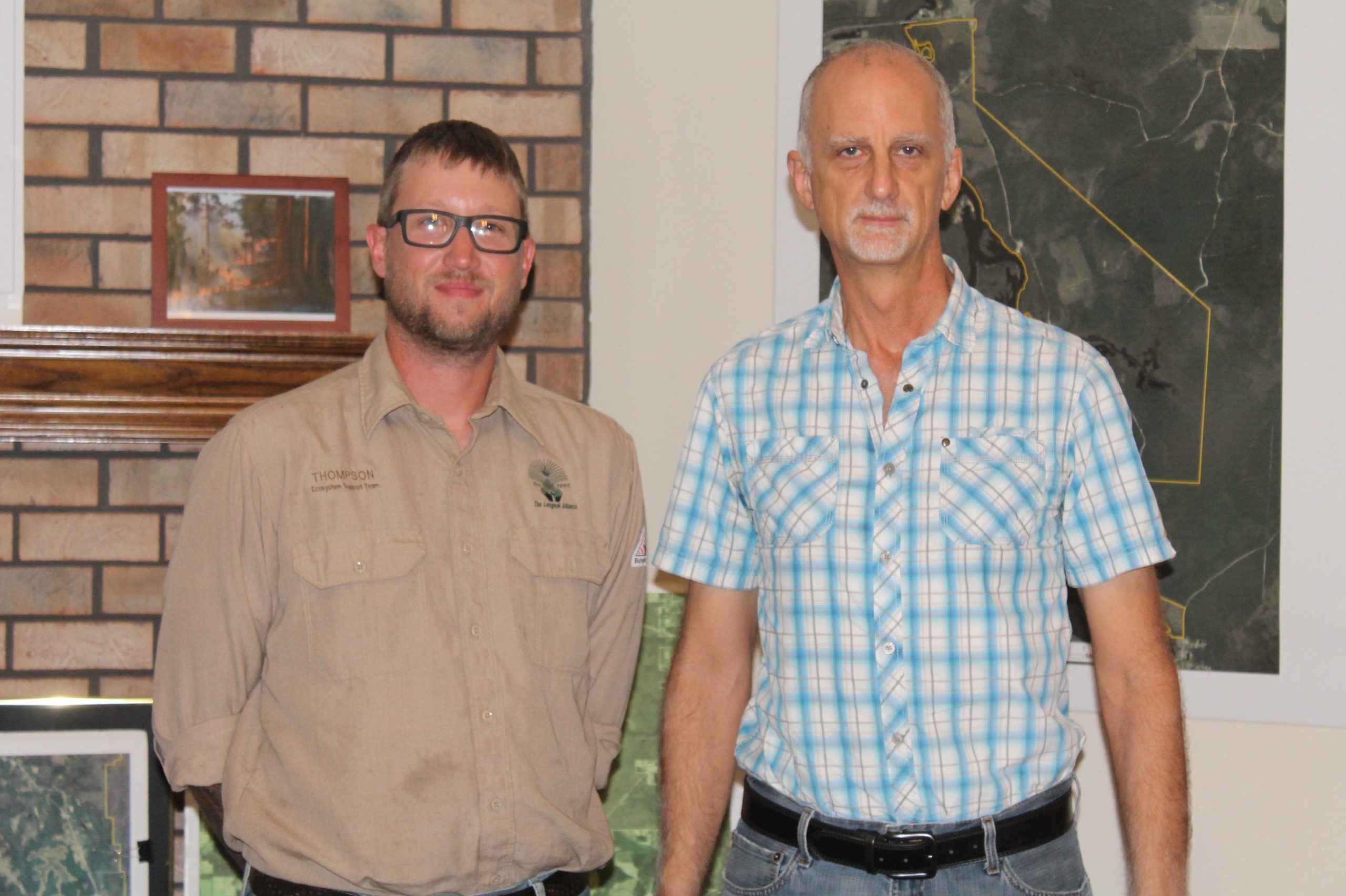 The Press Gazette reported at the July 9 Santa Rosa County Board of County Commissioners meeting an issue came forward regarding the procedure for how the county handles requests to use property the BOCC considers surplus. The issue came up again Monday, July 20, for an agenda item regarding renewal of the lease with The Longleaf Alliance, Inc. (LLA) for property located at 8831 Whiting Field Circle. The original lease for $10 a year to the Longleaf Alliance lasted a year, but Thursday the BOCC moved to request a resolution of the county attorney to extend the LLA lease for three years while also describing the public purpose. In 2006, the county paid $288,000 for the house LLA uses for its headquarters,  according to the SRC property appraiser website. Santa Rosa County Attorney Roy Andrews included information in the backup documentation for the July 20 meeting which said, “The records indicate that the County was reimbursed $292,610.50 from Enterprise Florida, Inc., a grant which was intended to minimize encroachments upon the mission at Whiting Field.”

The Longleaf Alliance lease was an example brought before the BOCC as an organization requesting use of surplus property from the county at a negligible cost without any sort of Request For Proposal (RFP) going out to the public letting other groups know the county was willing to lend property in such a way. Commissioner Bob Cole's concern with implementing such a system, he said, would be determining return on investment, since a nonprofit's contributions generally are not measured in dollars.

Vernon Compton, Gulf Coastal Plain Ecosystem Partnership (GCPEP) director with the Longleaf Alliance spoke at Monday's meeting relaying the organization's purpose and what partners of the LLA and GCPEP have had to say.

“We basically do work based upon recovery, retention, restoration of the longleaf pine ecosystem. We work with public and private land owners to do that,” he said. From the Longleaf Alliance website, “The Gulf Coastal Plain Ecosystem Partnership (GCPEP) was formed in 1996 to conserve and restore the dwindling longleaf pine ecosystem.” The GCPEP, Compton said, formed so the partners could be more effective and efficient with resources.

Functions of the LLA include prescribed burning, cutting of trees and their limbs, pushing back invasive plant species with herbicides, aiding endangered species like the red-cockaded woodpecker (RCW), and education on a public and professional level. Compton said the LLA also aids military bases with pushing back a problem military bases face. Encroachment happens in two ways he said, the first being incompatible development. “The second part is loss of biodiversity and…that means proper management of property. When you do that, you're protecting biodiversity. If you don't do a good job, then your military bases become biodiversity sinks. Everything comes to that property,” Compton said.

Randy Roy, Community Plans and Liaison Officer for NAS Whiting Field, stated, "Longleaf Alliance's mission to secure a sustainable future for the longleaf pine ecosystem finds a willing and cooperative partner in NAS Whiting Field. The cooperation with Longleaf Alliance and other groups help to protect the mission of the installation as well as ensuring that neighboring lands continue to thrive, benefiting the environment of the local communities."

Mike Thompson, the Ecosystem Support Supervisor for the LLA, said, “You can have 75 to 100 (plant) species in an acre.” He noted every species may correspond to an animal dependent on it for survival. He said when people manage the land with the prescribed burns, herbaceous species come up attracting this diverse wildlife.

As to the house in question, Compton said at the July 20 meeting, “This particular project that is based out of the 8831 Whting Field Circle office is work that occurs in South Alabama, mainly around Conecuh National Forest, and then Northwest Florida all the way over to the Choctawhatchee River and back west to the Perdido River.” The seven staff members working out of the office he said all work for LLA. Thompson said the staff wear various hats on the job when they work as firefighters, meteorologists, botanists, or chainsaw operators. “Every day is something different. It's the most variety in a job.”

Thompson said he and his team aid the RCW by installing cavity inserts into trees to simulate a nest to attract the bird. The work involves climbing a tree 40 feet up, depending on the location and tree, carving out a rectangular hole, then inserting the cavity (see the picture). The metal plate on the front, he said, discourages competitive species like flying squirrels and snakes from using the cavities. Thompson noted trees in Blackwater State Forest with a white ring indicate an installed RCW nest cavity.

While from the outside, 8831 Whiting Field Circle looks like a house, inside it's all desks, maps, training materials, office equipment, and stored forestry gear. The shed on the property also contains additional gear for working with fire. The house does have a hot tub as part of its original design, but Compton said nobody ever uses it.

During the July 20 meeting, Compton's presentation stated, “Over five million dollars of on-the-ground conservation work has been conducted in Santa Rosa County and the surrounding region just since 2013 ultimately benefitting all Santa Rosa County citizens and tax payers. Over $200,000 has been invested alone in LLA wild land fire fighters and equipment needed to conduct prescribed fires and fight wildfires in Santa Rosa County.”

See the video here for Thompson's demonstration of a fire shelter.