Conductor calls ‘All Aboard’ for the Milton Express

Written by SandpaperMarketingAdmin on November 23, 2015. Posted in entertainment. 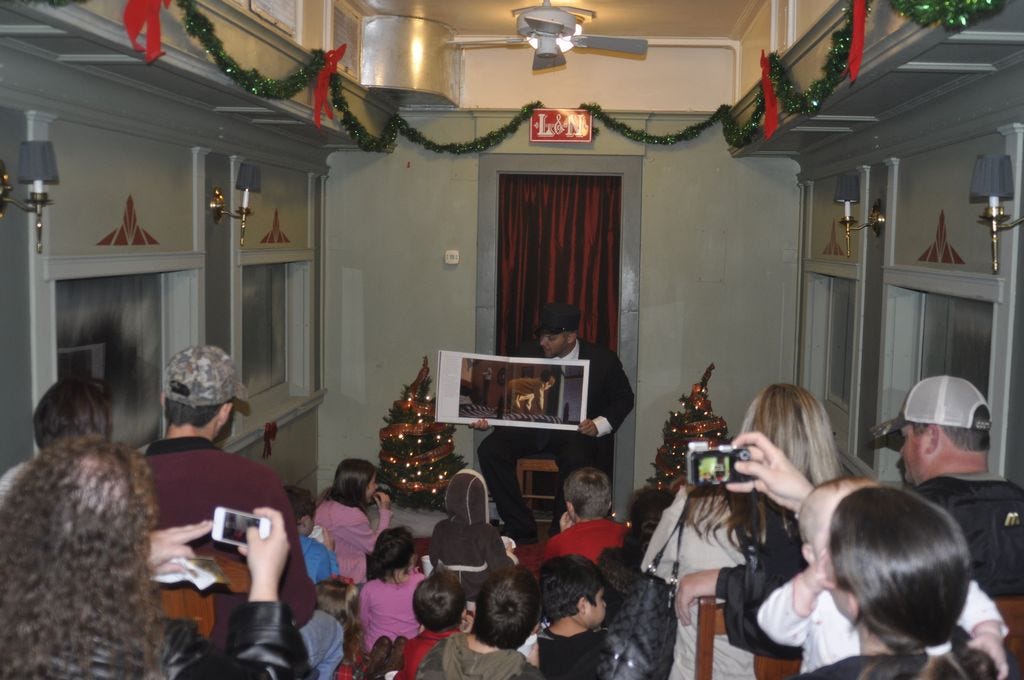 The Milton Express is soon pulling into the station again inviting families aboard for another reading of the classic book "The Polar Express" and a cup of hot chocolate. Having just wrapped the first year of Haunted Woods: Deadly Games, RJ Events returns to the beloved, Christmas-themed event.

Ryan Sanborn, of RJ Events, last year played the conductor who read the story after watching a clip of the 2004 movie starring Tom Hanks. He said nearly 200 visited the railroad museum for the story’s reading. Attendees also were able to have their picture taken with Mr. and Mrs. Santa Claus afterwards.

This article originally appeared on Santa Rosa Press Gazette: Conductor calls ‘All Aboard’ for the Milton Express