Written by SandpaperMarketingAdmin on February 19, 2015. Posted in lifestyle. 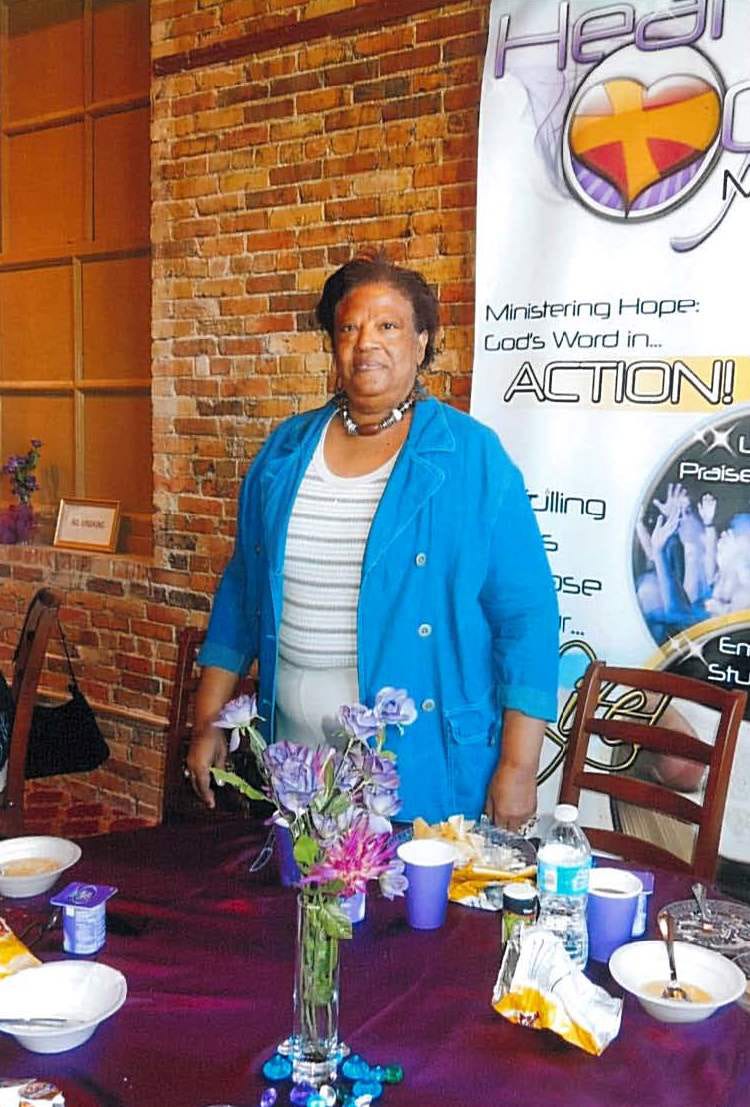 Focusing first on government and community members, local prominent black Santa Rosa County residents took time to discuss what is going on in their lives and in the community.

The 148 year old church will host Reverend H.K. Matthews this Sunday. Councilwoman Mary Ellen Johnson said, “Reverend Matthews is a renowned civil rights activist. As a matter of fact, he marched over the Edmund Pettis Bridge in Selma, AL with Martin Luther King March 7 1965. With the anniversary coming up, he is a keynote speaker at the church Sunday.”

Johnson, the first black female to be elected to Milton’s government, said she’s a lifelong SRC resident. She attended elementary through high school at T.R. Jackson and formerly Pensacola Junior College. She went on to Florida A&M University where she received her BS in biology. She returned to Milton and climbed the ranks through the education system teaching at King Middle School and Pace High School before landing a job as assistant principal at Holley Navarre Intermediate, but always had politics in mind. “There was always the drive in me to be a part of the political world, but never thought, never dreamed that it would be possible to come through.”

However, always the consummate student, Johnson never stopped learning. She went on to receive her masters in educational leadership and began her doctorate. She also attended Southern Miss. to continue her science education. Along the way, she also received a specialist degree in leadership, but with a push to community involvement, her doctorate took a back seat. She eventually became District Coordinator for the SRC school district.

Johnson discussed her political aspirations saying, “Leadership is a key. I'm interested in progress and change.”A motivating factor she said was the ability to represent more people, “in terms of their ideas and in terms of changing Milton. I’d certainly like to see more growth and development. I’d like to see more cultural development. All of the past that has been a part of the development of Milton. I’d like to see that come alive again the history, the Spanish history, like downtown activity for every other culture to join in and have activities there as well.”

Being in Milton through the beginning of the civil rights era, Johnson said, “Milton itself was really never part of that harsh environment with integration or anything and it's like where I live couple doors down whites were also. We knew each other. Most root families, the Spencers, Jacksons, we knew each other. We grew up together, so it was different. The integration process was very easy and very quiet. My mom was the driving force in that she was a PTA president at T.R. Jackson. She was working with the superintendent making that easy transition. Any time I have a problem, I can go to the Sheriff’s Department or (Chief) Brand (Milton Police Department). It’s an open environment. This is just how it is. I’ve always had a great relationship with other commissioners, each one of the mayors. (Mayor Guy Thompson) was really great, (Mayor Wes Meiss) once again, a continuous relationship with all government bodies.”

While Councilman R.L. Lewis sat as mayor for three days between Thompson stepping down and Meiss being sworn in as the next mayor, Johnson discussed the possibility of a future black mayor serving by election. “There’s a great possibility of a black mayor. Even with my election, I still won with few blacks in the community. I knew the school system. The people I taught are all grown up.” Johnson said since there’s no deep racial divide, a black mayor winning would be less earth shattering and more a part of the natural process.

While many may know Long from his work with the youth mentoring program Men In Action, Outreach, or as the Milton High School basketball coach, Long has a standout military record and teaches cyber security at Locklin Tech.

In the Navy from June 9, 2003 to May 31, 2012, Kris Long received an honorable discharge with a Navy and Marine Corp achievement medal, two good conduct medals, and a global war on terrorism expeditionary medal. As an Afghanistan government contractor, he worked from February 23, 2013 to May 6 of last year. Through his travels, Long has seen Spain, Turkey, Italy, Dubai, Greece, Kuwait, Germany, and of course Afghanistan.

In addition to his work with Milton High School basketball, he also works with Gulf Coast Hoops, a basketball scouting service. “We put on NCAA certified basketball tournaments.” Long said he invites university coaches to come watch students play. So far, he said GCH has sent 40 students to college for basketball. One student, Brandon Allen, Long said, went to Florida State University for basketball, but after three seasons of playing minor league baseball under a $100,000 contract. Long also mentioned getting Brandon McCleod signed with Jefferson Davis, as well as two brothers, Haylen Washington with Bishop State, and Derrel Washington with Jefferson Davis.

In line with his college recruiting, Long sees the big picture with athletics and so has been pushing for middle school sports in Santa Rosa County to prepare students to be able to compete on the high school level and beyond. He said exposing students to the structure of school sports before high school would prepare them not only for the rigors of working under trained coaches, but also the grade point average demands.

While still in the field of education, on the other end of the world from basketball, Long also teaches a subject hot in the news lately, cyber security. Long said he sees 29 students in the morning and 23 in the evening at Locklin Tech with 13 to 14 adults who go all day. “They get industry certifications,” he said. “You can get A+ certification, network certification, IT certification; you can get good paying money. With these certifications, they can get a job starting off anywhere from $15 and up.” He said a recruiter called him about a job, but he turned it down. “I said, ‘No, I'm no interested, but I would have students ready soon.’” Long said the recruiter was offering work for $22.50 an hour. Ethical hacking was the term Long used to describe what he teaches his students.

The driving force behind the Men In Action, Outreach program in Santa Rosa County is the Florida A&M graduate, Morris Smith. He earned a degree in criminal justice, but he said it wasn’t his passion. “As a youth, I wasn't coached or guided to fulfill college dreams or get a particular degree or understand where a degree can take you. I just went to go to school. I didn't want to be a bum. I had friends getting degrees in criminal justice and followed them. Now, I’m taking that over to public administration and I’m working on my masters. As far as getting a degree and going to school, I had a group of friends, some (studying) criminal justice, some business. I chose criminal justice with the mindset that I am familiar, as an African American, with criminal justice.”

Turning to MIA, Smith said, MIA teaches “aspects of living to carry them to be successful adults, to prepare for life after high school. With that comes community, trying to instill good morals and concepts. We're also trying to teach them to be a part of the community. It's a two-way street.

In November, we had the Consequences Workshop. Actions in general and choices in general, those actions and choices lead to consequences good or bad. We had a corrections officer from the Santa Rosa County jail, (and discussed) those actions that lead to jail. We do talk about life skills, not only life skills but also career development and community and education. It’s mentoring but it's also life coaching.”

Smith said MIA has a workshop coming up March 14 and a University of Florida spring game in April. He said a FSU college tour is coming for July.

With the city’s recent support of MIA, Smith said the organizations has grown from student attendance in the low twenties to numbers approaching 50 with 20 to 30 staff members.

Smith said, “It's funny that this is Black History Month. We're not all about black youth, black people. We're about all youth, helping not rich, poor, or a certain race or religion. At the end of day, it’s not about a Jew or an old black woman on the side of the road who needs her tire changed, (but about helping).”

Smith said MIA will soon get back to community service. “The weather seems like it's warming up, so when spring really gets here we'll start back with painting the houses and that kind of thing for the elderly and those who can't do it themselves.”