Written by SandpaperMarketingAdmin on December 8, 2015. Posted in around-town, lifestyle. 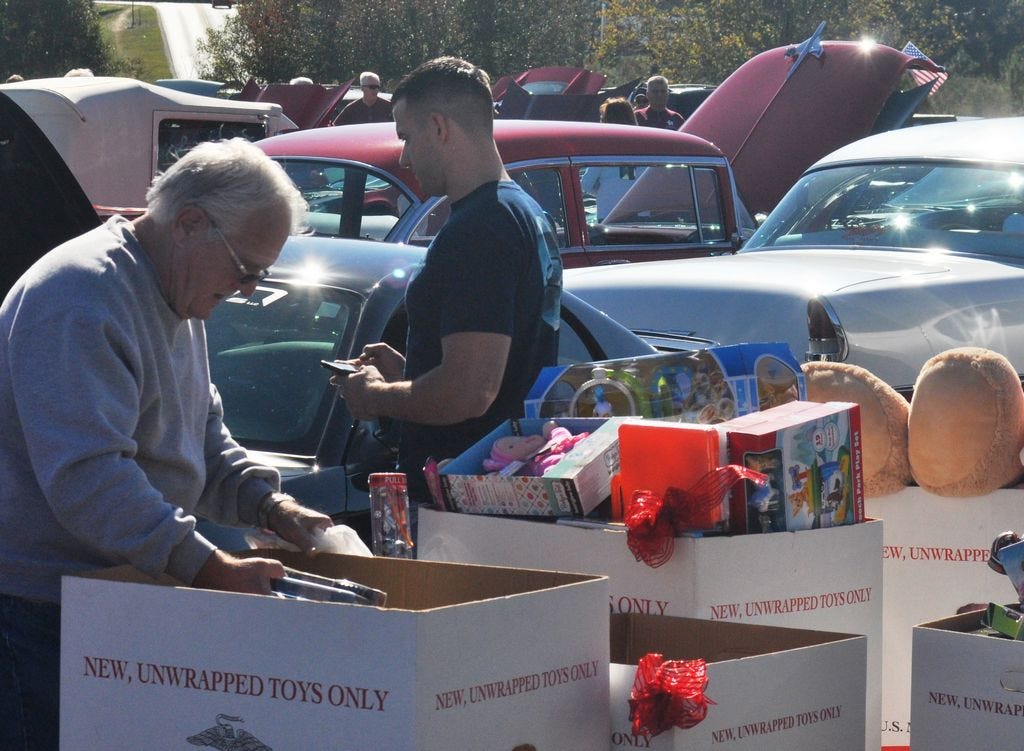 Throughout the month of December, Lou Sobh’s Milton Chevrolet, located at 5925 Highway 90 in Milton, is accepting donations inside the main show room.

“It gets bigger and bigger every year,’ he said. “This was the biggest so far.”

Each participant in the car show had to bring at least one toy donation in order to participate in the show. Hobbs estimated there was around 100 participants at the event.

In addition to the car show, the event also benefited ‘Tots’ through a Chili Cook-Off competition, which took place inside Ollie’s. This year’s winner is Steve Chapman.

These organizations aim to provide Christmas for children and families in need.

In addition to collecting on behalf of ‘Toys For Tots’ campaign, the event also memorialized Kenneth Mitch Michener, the former owner of Milton Quality Bakery and local car enthusiast. Michener passed away last year at the age of 68.

In memory of Michener, the event accepted donations, including a drawing for an iPad mini for the Bethany Christian Services of the GulfCoast. Overall, Hobbs said the event collected $567 dollars towards the Christian-based global nonprofit organization which provides services in adoption, foster care and pregnancy counseling.