Written by SandpaperMarketingAdmin on October 15, 2015. Posted in around-town, lifestyle. 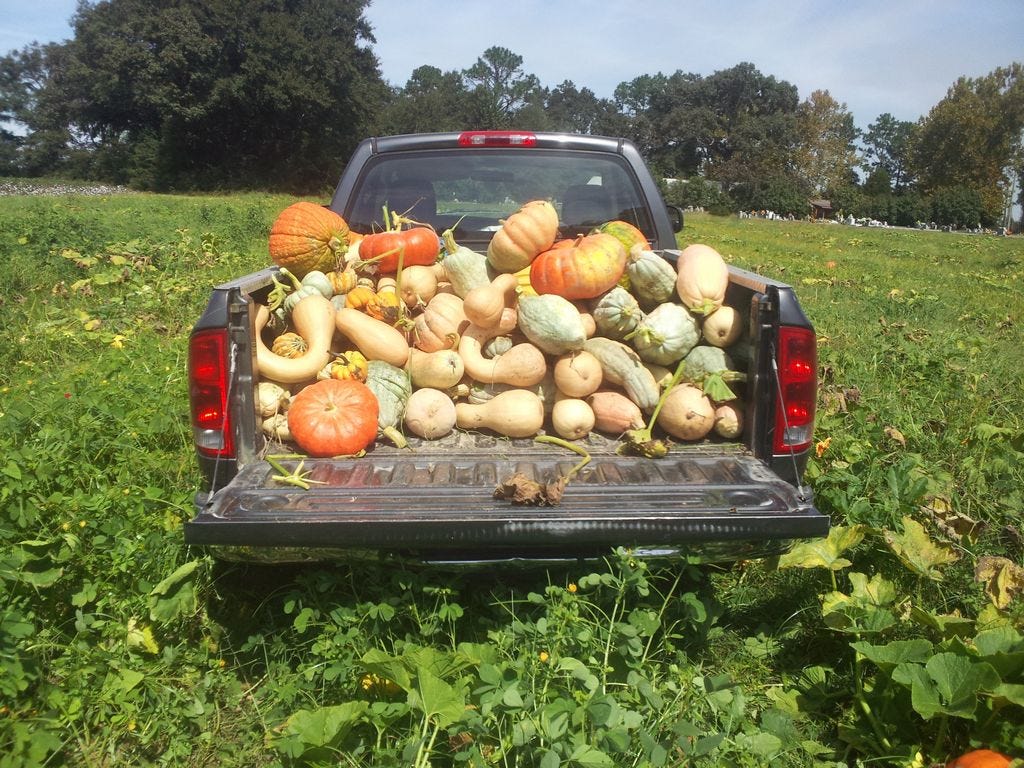 Stan Whitfield has been growing pumpkins n Santa Rosa County for 25 years on the farm that his great-grandfather settled in 1908. Some years are better than others due to growing conditions. This year, said Whitfield, was especially good and they have a bumper crop with many giant pumpkins weighing over 100 pounds. Whitfield, along with his wife, Ivy and son, Adam grow many varieties of pumpkins and winter squash in the fall and watermelons, cantaloupes and other vegetables in the spring and summer. The farm produces heirloom types that make the best pies and others such as butternut, acorn, blue hubbard, pink banana, cushaw, Australian and more.