Written by SandpaperMarketingAdmin on February 4, 2015. Posted in entertainment, local. 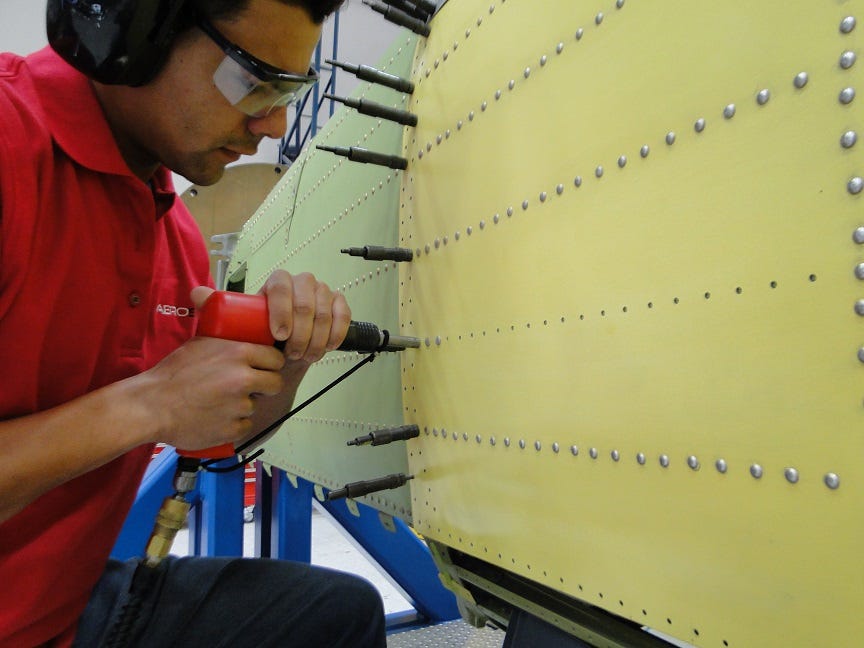 “Aviation is on the forefront,” Ogletree said. “The trend of [companies in aviation] is on the rise.”

Ogletree said TPR wished to have a softer entrance into SRC than Aerosync after moving from Pensacola. TPR’s website now lists Milton as its headquarters. Ogletree said the company is bringing 15 to 20 people into the area.

Almost next door to TPR, Aerosync anticipates creating 25 jobs at an average salary of $60,000. The company purchased the former West Coat Metal Roofing building and is making a capital investment of over $1.75 million to the facility. As a QTI business, Aerosync will receive $100,000 in tax refunds representing the 20 percent coming from the county, in exchange for the high-wage jobs it’s bringing.

Greg Bartlett, president of Aerosync said many factors brought them to Santa Rosa County. “There is a large aerospace market in both commercial and military sectors that are in need of the services we offer. Milton and the Santa Rosa Industrial Park is a great location for us with room to expand as future demands increase. We are very excited about being here and look forward to employing many talented folks in this area.”

Ogletree said he met with Aerosync  around Christmas of 2013. “It’s taken about 13 to 14 months to bring this along, probably one of the fairly qick ones we’ve seen.” He said Aerosync was considering a few opportunities, Miami and a location in Kansas, when the building came open.

With 10 out of 16 aviation and aerospace projects in the pipeline, according to Ogletree, Santa Rosa County continues to prove exceptional in those industries. He said, “With Airbus and the military and everything starting to come together, we get a lot of looks from those companies.” SRC can look forward to Aerosync’s promised jobs to become available in about 30 days time.