2015 movie review: These are a few of my favorite films

Written by SandpaperMarketingAdmin on December 28, 2015. Posted in entertainment. 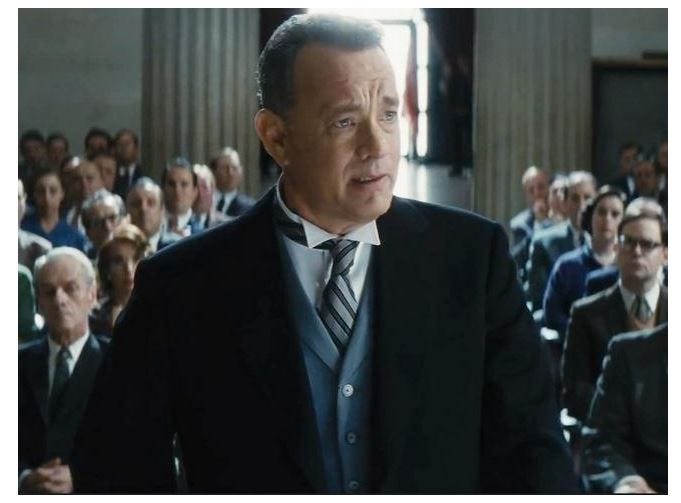 It’s been another great year for inventive, thought-provoking, and just plain entertaining movies. Though I only got to see 127 new ones (in past years, I’ve averaged 150), it’s been no simple task to whittle them down to a simple top 10. So I’m taking the liberty of going with a top baker’s dozen. And because these are my completely subjective “favorites,” there won’t be any suggestion of which are better than others. The films here are all on equal standing, so they’re in alphabetical order. A couple of them might not have opened in your town yet, but all should be in wide release by the end of January.

ANOMALISA – Charlie Kaufman and co-director Duke Johnson go the stop-motion animation route in a story of a traveling customer service specialist (voice of David Thewlis) who doesn’t know how to deal with people, until he meets a woman with low self-esteem (Jennifer Jason Leigh). Serious and funny and weird, and NOT for kids.

BRIDGE OF SPIES – Steven Spielberg tackles the early-1960s events of America capturing a Russian spy, and Russia capturing an American spy, and how an American lawyer (Tom Hanks) was thrust into the middle of what both sides hoped would turn into a prisoner swap. Excellent writing, acting, and directing.

THE HATEFUL EIGHT – Quentin Tarantino triumphs again, this time with a full-blown Western that contains everything his fans love: too much dialogue, over-the-top violence, and brave performances (Kurt Russell, Samuel L. Jackson, Jennifer Jason Leigh, Bruce Dern, many more). It runs just past three hours, but includes a 10-minute intermission!

LEGEND – Tom Hardy stars as both Reggie Kray and Ronnie Kray, the twin gangsters who ran rampant in 1960s London. But never mind the dazzling camera tricks, this is an intense, extremely violent, and sometimes oddly comical study about the lure of power, and what happens when all control is lost. And, yes, Hardy is amazing!

THE MARTIAN – Astronaut Matt Damon is accidentally stranded on the Red Planet, and seemingly every scientist back home is trying to figure out how to save him. Lots of Damon alone, along with cutting between actors in different settings. There are funny moments, but this is not a “comedy,” as nominated by the brains at the Golden Globes.

THE REVENANT – Another Western, though it focuses on fur hunters and Indians. It’s Leo DiCaprio’s film all the way, in which he hardly speaks while seeking revenge for the devastating events heaped upon him by a villainous fellow. DiCaprio will get an Oscar nomination for the lead, as will that villain – Tom Hardy again – as support.

SON OF SAUL – I thought I’d reached my limit for watching Holocaust films. Then comes this deeply moving Hungarian entry (prediction: Oscar WINNER for foreign language film) about a concentration camp prisoner who manages to keep some hope in his life while trying to arrange a proper burial for his “son.” Brilliantly photographed.

SPECTRE – Oddly, the newest James Bond thriller has a lot of similarities to the newest “Mission: Impossible” film, in that both the IMF and here, Bond’s MI6, are considered old school organizations that time has passed by. But like Cruise and director Christopher McQuarrie, Daniel Craig and director Sam Mendes keep this one firing on all cylinders.

SPOTLIGHT – A newspaper investigation into the Catholic Church knowing, but ignoring that a number of its priests were sexually abusing young boys, sounds like pretty heavy moviegoing. And it is. But “Spotlight” is also totally engaging thanks to the ensemble cast of Michael Keaton, Mark Ruffalo, Rachel McAdams, and Live Schreiber.

STAR WARS: THE FORCE AWAKENS – The seventh “Star Wars” film awakens the interest of even those who were jaded by Episodes 1, 2, and 3. This direct (30 years later) follow-up to “Return of the Jedi” returns to the exciting roots of those originals, brings back some old friends, and introduces a new generation of characters. Fun and exciting!

THE WALK – When French wirewalker Philippe Petit strung a line between the tops of the WorldTradeTowers in 1974, and then traversed it, he captured the imaginations of New Yorkers and the rest of the world. Robert Zemeckis’ film, starring Joseph Gordon-Levitt, does the same, featuring visual effects that actually bring the towers back to life.

WHITE GOD – It probably should’ve been titled “Brown Dog,” but no matter. This second great Hungarian film of the year spins a fairytale-like yarn about people who mistreat man’s best friends, then get what’s coming to them when a big pack of pooches decide to seek justice. Live action, not animated. How did they make this?

This article originally appeared on Santa Rosa Press Gazette: 2015 movie review: These are a few of my favorite films